Sitting down to dinner

After a hectic day I enjoyed putting my feet under the table at The Rootstech Media Dinner tonight. I was seated on a table with DearMYRTLE, Gordon Erickson, Hope Tammany from Storyworth, Eric Jelle from Genedocs, Bernice Bennett, Wendy Maunsell Smedley from Familysearch, Byron Holdiman from Quincy University  and another gentleman whose name I did not catch. 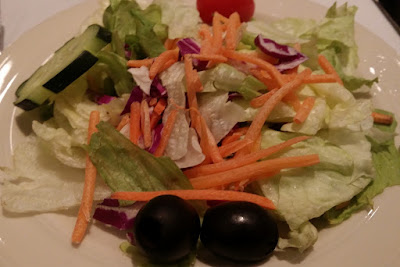 As we ate our lovely meal we were welcomed by Paul Nauta from Familysearch. I was surprised when I was one of the Ambassadors named in his welcome then I turned around and saw that I and four other Ambassadors were featured on the big screen. Now I know why Paul recently asked me to urgently send him a high resolution image of myself. 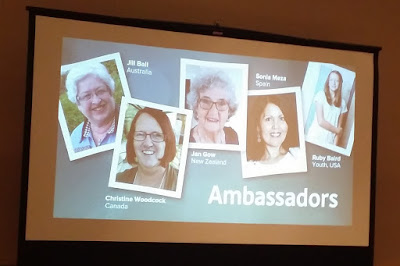 After Stephen Rockwood, CEO of Familysearch gave us some news on the organisation's future directions. David Pugmire revealed the names of the six finalists for the Rootstech Innovator Challenge. Take a look and see which appeal to you.

After dinner was over we were treated to a special showing of Paula Williams Madison's Film "Finding Samuel Lowe". I just had to buy a copy of Paula's book of the same title which she kindly autographed for me.

As we watched the movie I could hear lots of sniffles in the room, the film certainly touched on our emotions. As I generally like the book more than the film I am sure that I will enjoy the book and that it might earn a Tearjerker tagwhen I catalogue it in Librarything. After the film Paula addressed us and stayed on to answer questions from the audience. She was a vivacious speaker who gave detailed and honest answers to the questions posed.

I was a tired girl when I returned to my room but I am so pleased that I stayed for the film and author talk.