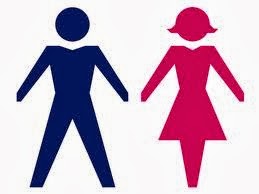 I recently found that I had quite a few people with unassigned genders in my Family Historian database. I spent a bit of time looking at their records and assigning a gender to some of them. Now this was easy for the Toms, Dicks and Harrys and the Marys, Myrtles and Annies but I struck a bit of a problem with some of the names.

I solved some of my issues by searching for marriage records, Palma's second name found on an electoral roll was Louise. There were the Irish names like Aoife, Caoimhe and Eimear,  unisex names like Bailey, Dallas and Kerry and some names I have never encountered like Ezoma and Shearin. Is the Chris recorded in a parent's death notice a son or daughter? What about the people for whom I only have initials?

Looks as though I have a bit of research ahead of me before I assign a gender to some of these distant cousins.
Posted by GeniAus at 1:45 PM

Have you come across
http://www.behindthename.com it's very handy for those Irish names and the Roman Catholic Priest trick of using Latin versions of names on documents.

My favourite name was Zerviah Hungerford, b. 13 Jun 1763 in New Fairfield, CT, USA... Only when I found HER husband, Amos Northrup, could I be certain Zerviah was female. A similar name was a male in another family. Cheap entertainment and fun research.

Thanks for the site, Jane, I'm investigating.

Zerviah would have been a challenge, Celia.