Watch out - the Boat will be rocking 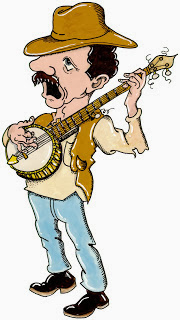 Because The Voyager of the Seas has stabilisers we should have a fairly smooth ride on the 4th Unlock the Past Genealogy Cruise  in February.

Alan Phillips (Mr Unlock the Past) is to be congratulated on gathering together such a team of rockers.
Posted by GeniAus at 8:00 AM

This cruise really has a phenomenal lineup of guest speakers, and what a bonus having so many Genealogy Rockstars attending.

You're lucky I don't have to sing though Jill.

We can do the backing music Pauleen. Thomas can manage the vocals.

Perhaps you could combine for a musical number!😜

A great line up - this is going to be the best UTP cruise so far I think!

Looks like honing my blogging skills will be an added extra bonus of this cruise!
Will look forward to that musical number ;)

I can't wait. The line up looks great, and only a few weeks to go.