While sitting quietly at my desk the other day I was astonished to hear a big crash behind me. I swivelled around on my chair to find that the door of the old wardrobe in which I store a lot of my tech toys and genie loot had sprung open. On inspection I noted that one of the shelves had collapsed and that some of my gear had spilled out and onto the floor while some remained precariously perched on the now crooked shelf.


Now this got me thinking about the history of the Yellow wardrobe will be celebrating its 40th birthday this year. We purchased this Everett Worthington wardrobe and a matching set of drawers for our first son just prior to his birth and it has served us and our family well. I now notice these wardrobes being advertised on eBay as "Retro". You will note that the wardrobe has had a colour change, Mr GeniAus painted it white several years ago.

The first time the wardrobe appears in my album is early in 1974, My son will be pleased to know that, for modesty's sake,  I have cropped this image.

By 1976 we had moved to a new home. The yellow wardrobe is in the background of the next photo. My son was able to sleep with that wild wallpaper, red sheets and yellow wardrobe. 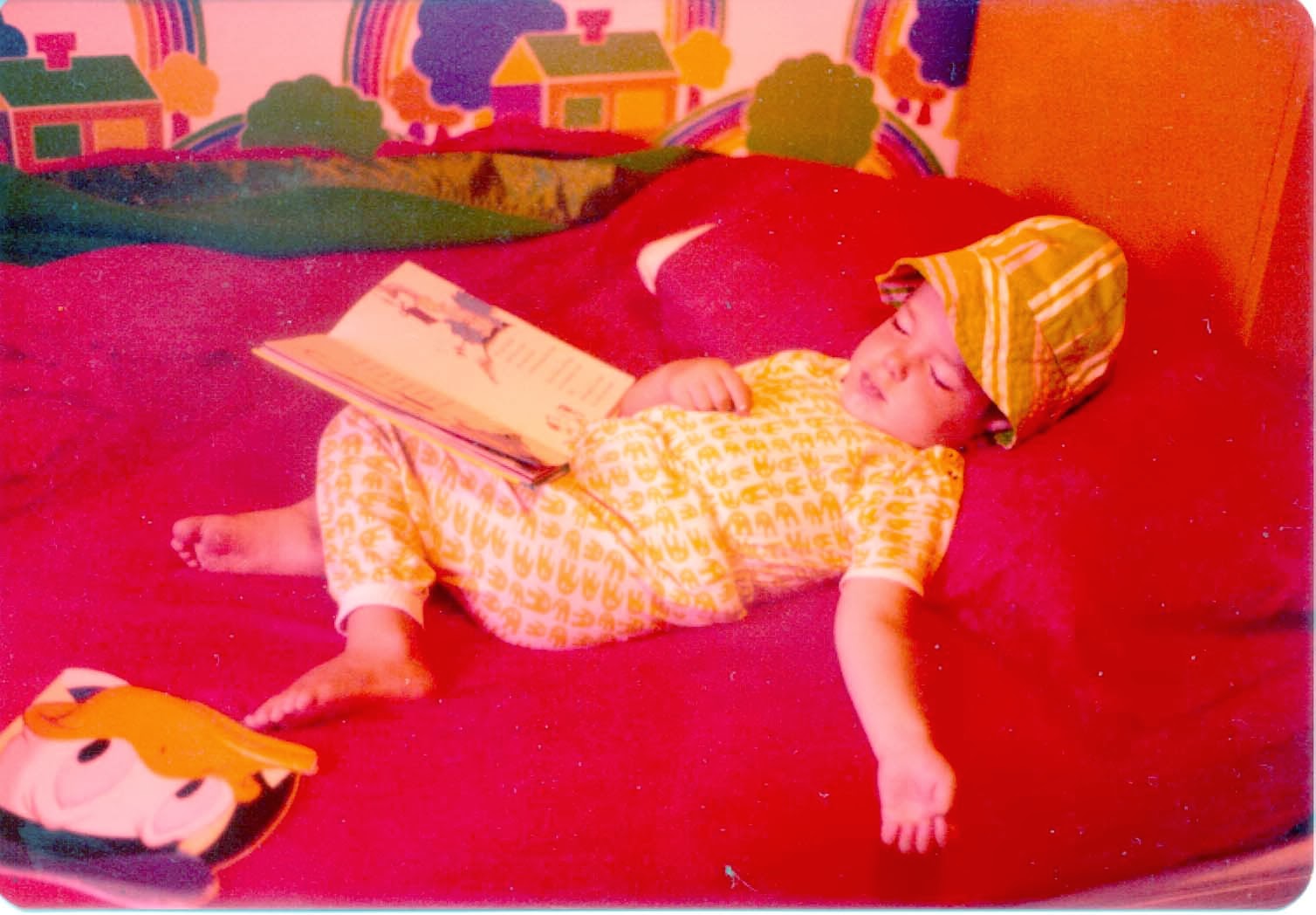 The wardrobe moved house with us in 1979 and served our son until 19987 when we put an upstairs extension on our that home.  As  the four new bedrooms had built-in wardrobes the yellow model was banished to the basement playroom for toy storage.

When we moved to our present home on 1993 the wardrobe came with us and found itself used as storage in the garage here where it languished for a several years. Five years ago son number two moved to a house without built-ins so Mr GeniAus gave the wardrobe its paint job and moved it to a new home where it served our grandson for four years until it was replaced by a  newer model.

The wardrobe once again came home and sat in the carport right where it was offloaded until I had a brainwave. I gave it a new home as tech toy storage in my study. Those who have viewed some of my GeniAUS Hangouts on Air will have noticed the wardrobe in the background - it scrubs up all right for a 40 year old.

When I have a full day at home next week I will have to empty the wardrobe and get Mr GeniAus to strengthen the shelf that collapsed. I hope that it will serve our family for a few more years.

I wonder what family stories the yellow wardrobe could tell.
Posted by GeniAus at 11:05 AM

Colour was all the go in the 70s...you should have seen our curtains ;-) A well recyled family heirloom.