How Aussie are you?

Doing the rounds of Australian Bookish Blogs at the moment is this meme that I found on Mysteries in Paradise.

My responses to this meme will, in future years, tell my descendants a little more about me. Other Aussie genealogists may consider completing this meme for their families.

101 things that may indicate you are an Aussie 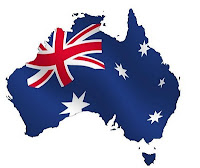