Yesterday The Queen’s Birthday 2010 Honours List was announced by the Governor-General.  666 Australians were the recipients of various awards. The Australian Honours Database is a very useful tool for family historians, as it houses details of 240,000 recipients of awards since Federation.

A search for John Brown returns quite a number of hits: 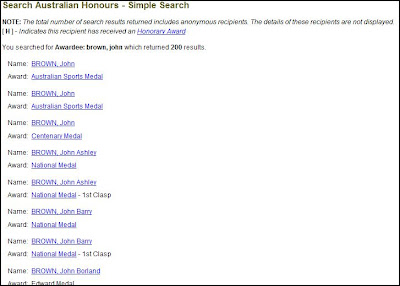 Each recipient record has a number of fields: 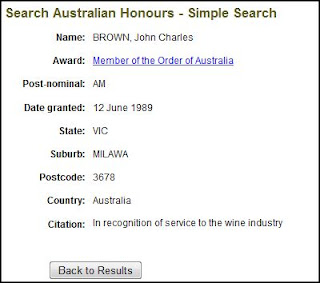 As well as the 240,000 short individual entries the Honoured Australians page tells the stories of some of these inspiring Australians.