FIBIS Research Officer, Beverly Hallam, asked me on Google+ to say hello to the FIBIS people at Congress which I duly did.  I also took a photo of the FIBIS stand to share with Beverly. 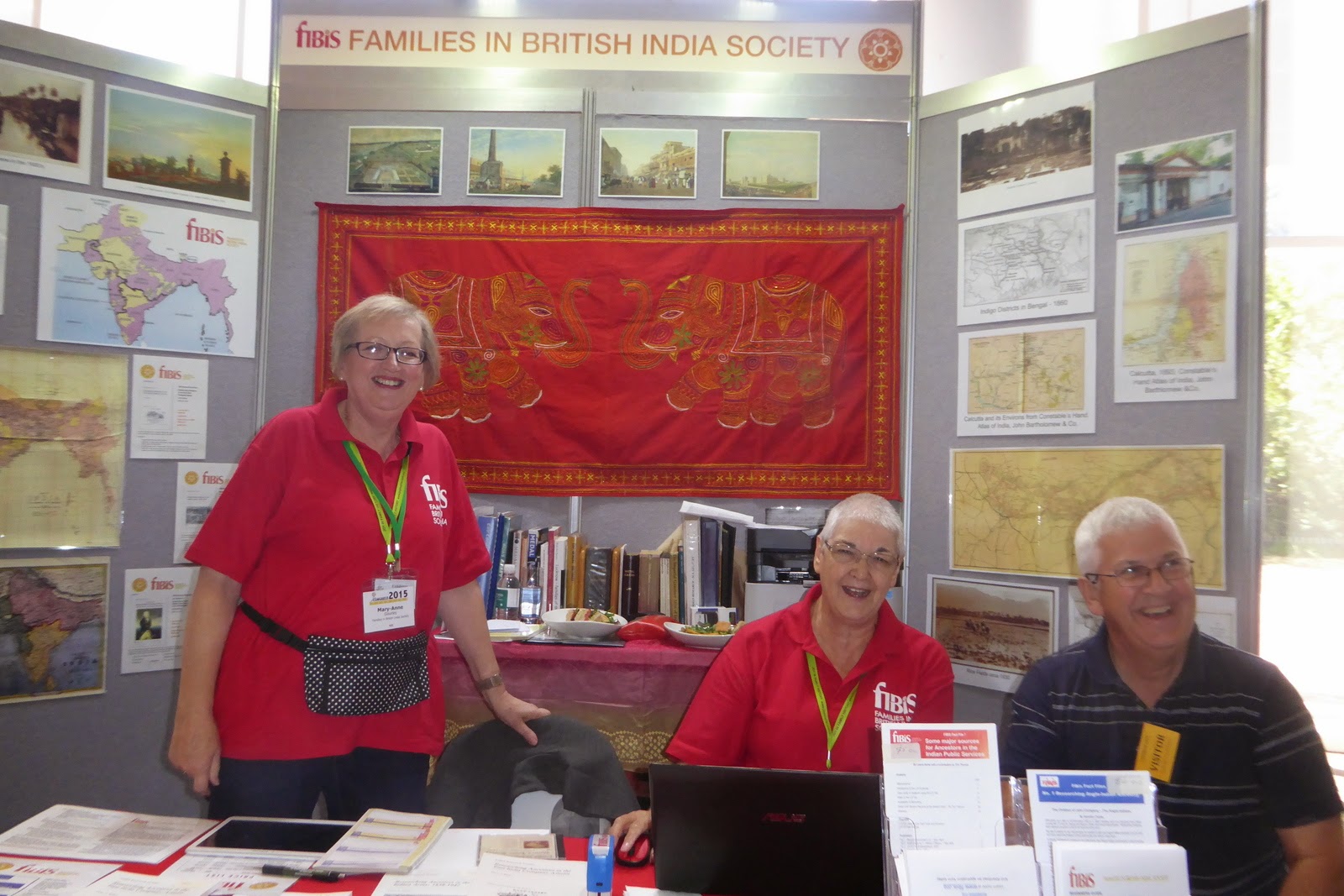 While I was at it I thought that I'd take snaps of some of the exhibitors' stands just to show you what temptation there is to be had at such an event. In case Mr GeniAus reads this post I must say that I was restrained and that my spending would not have put a dent in the family finances.

BTW I'm not labelling all of these images - it's obvious who they are. 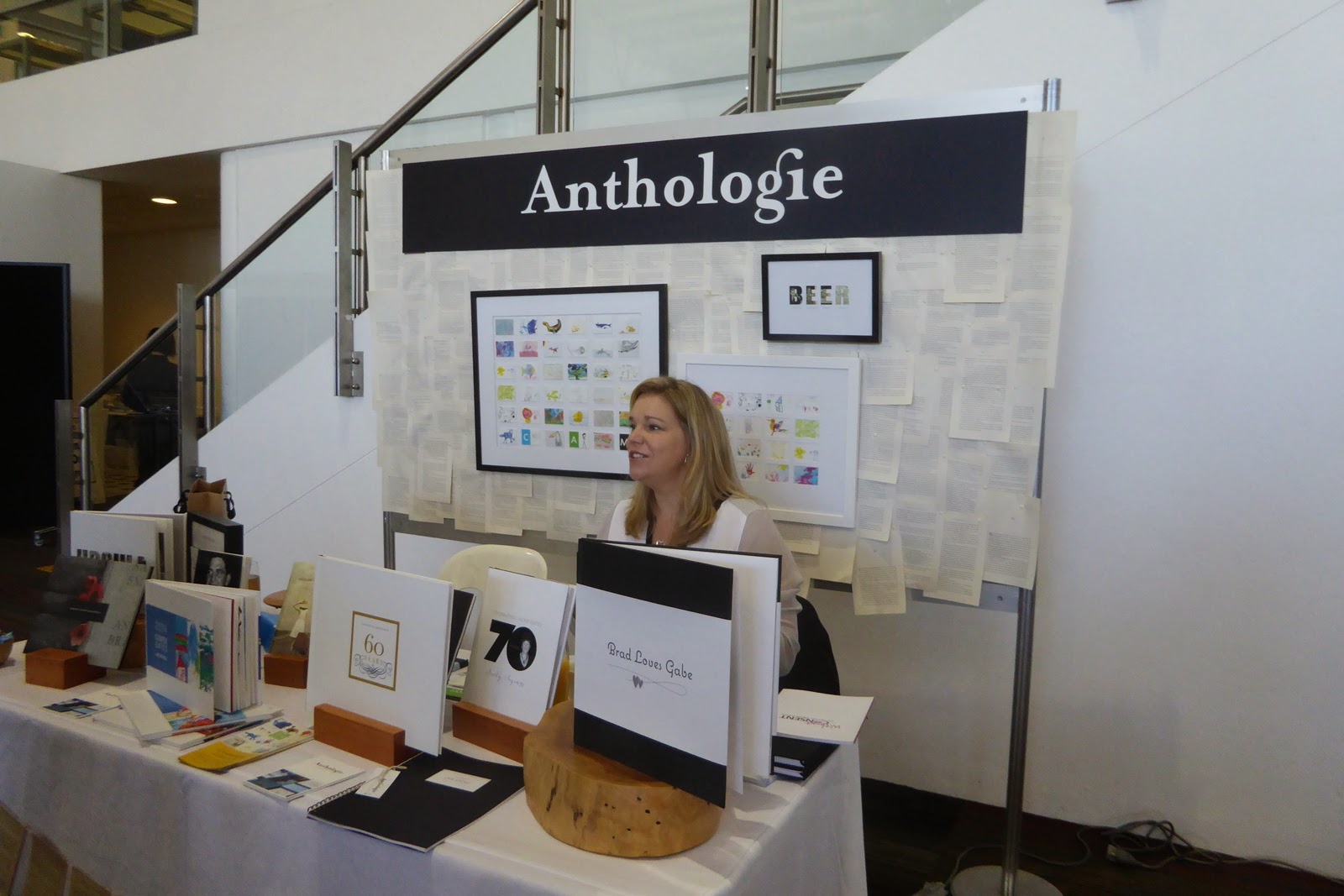 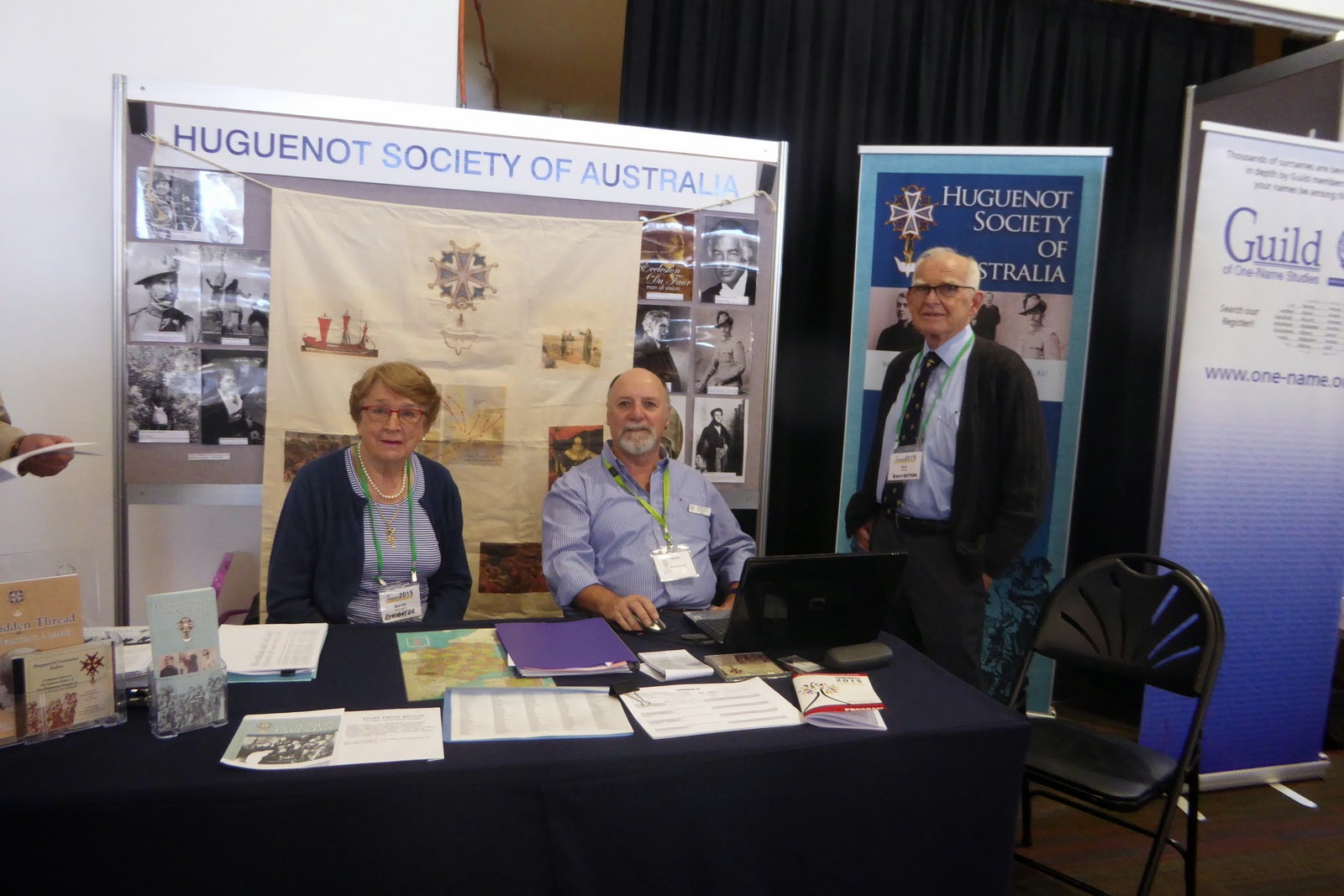 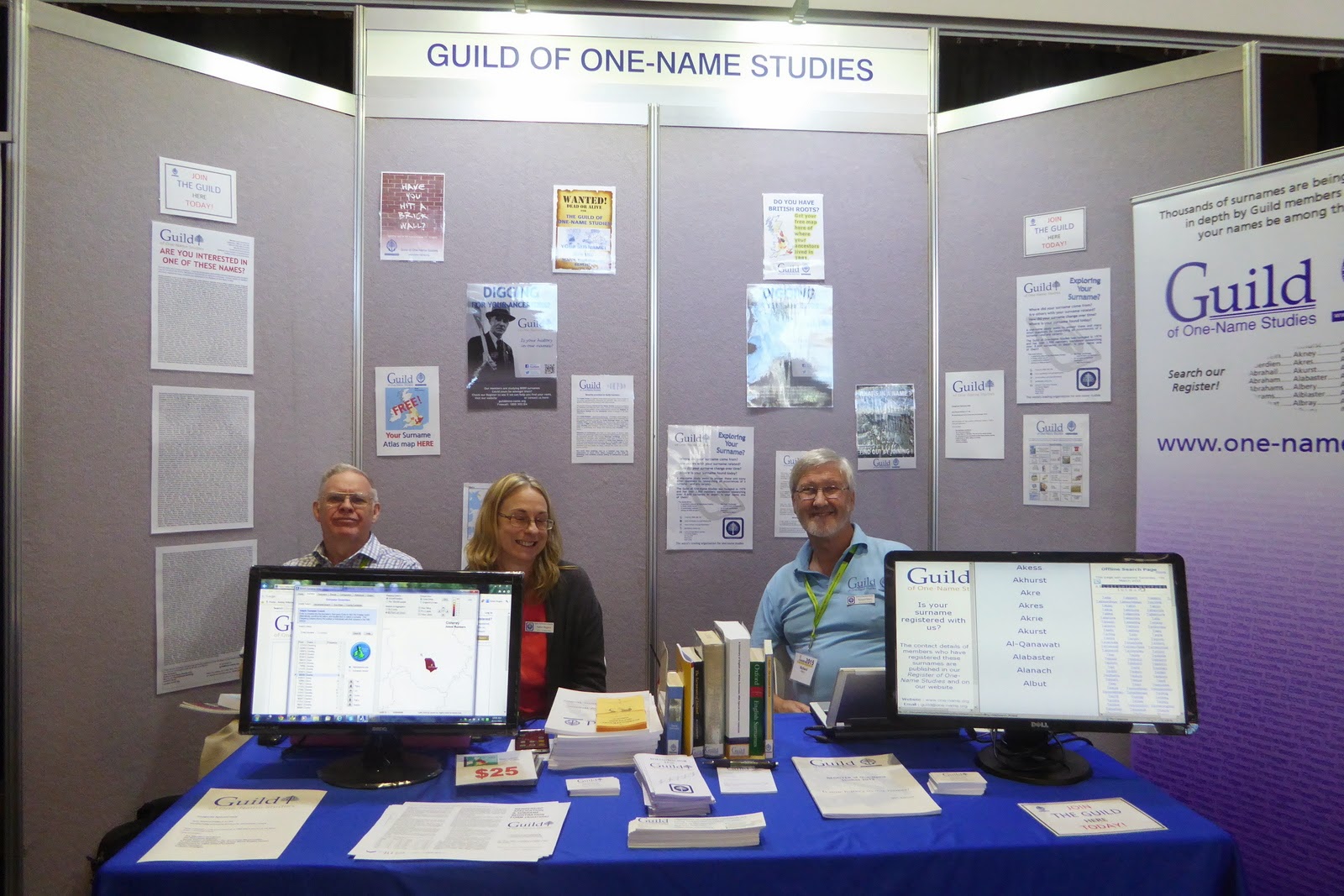 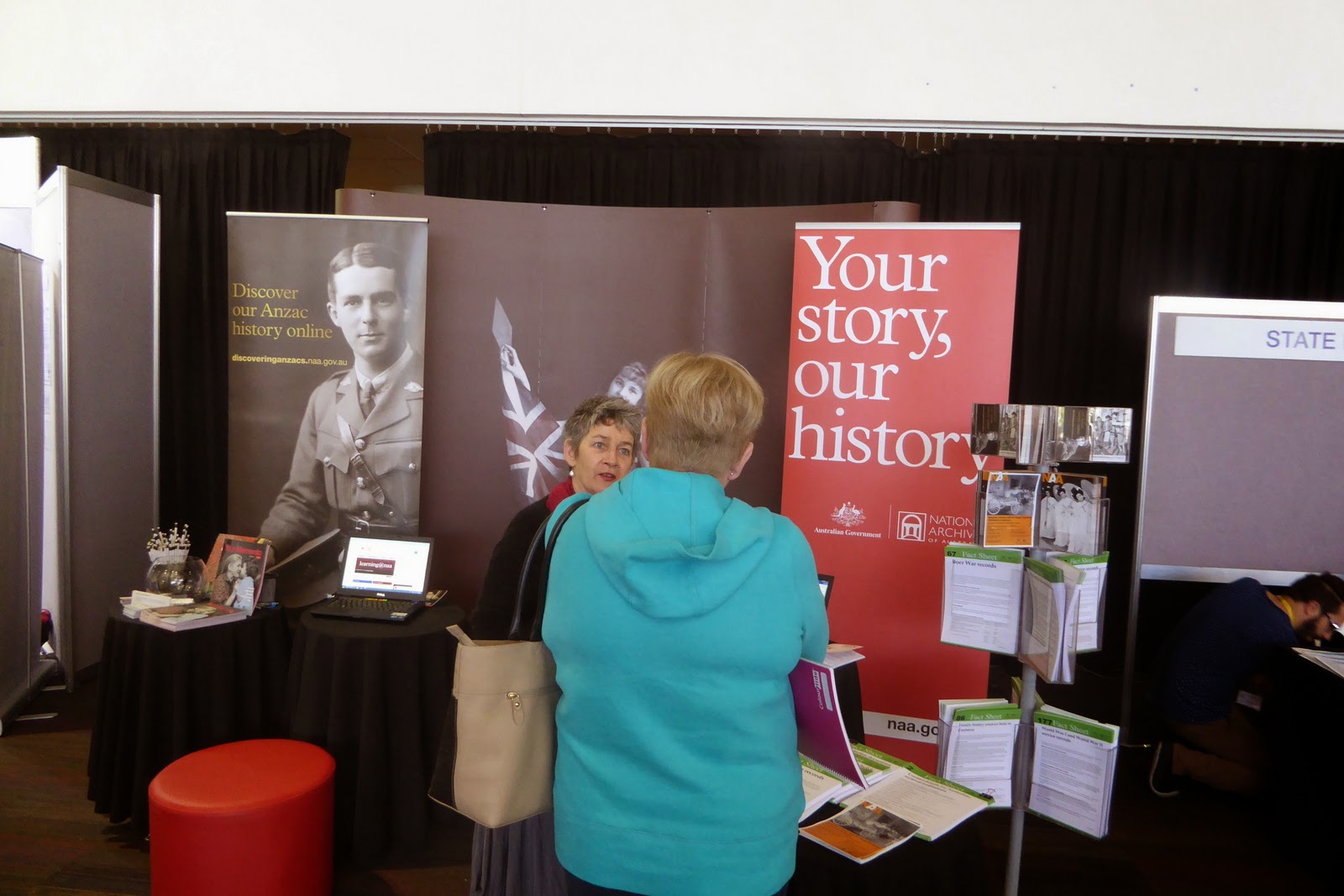 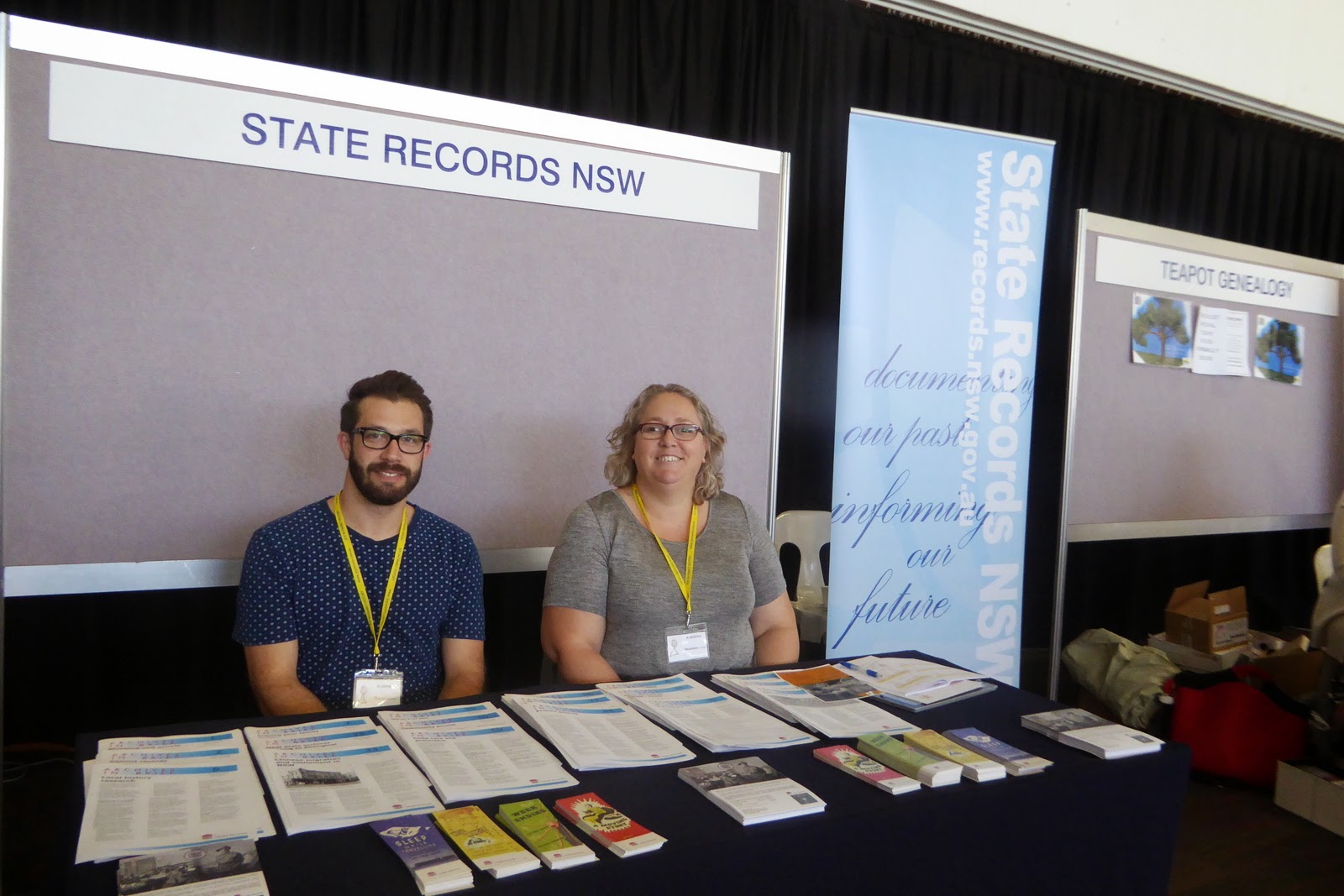 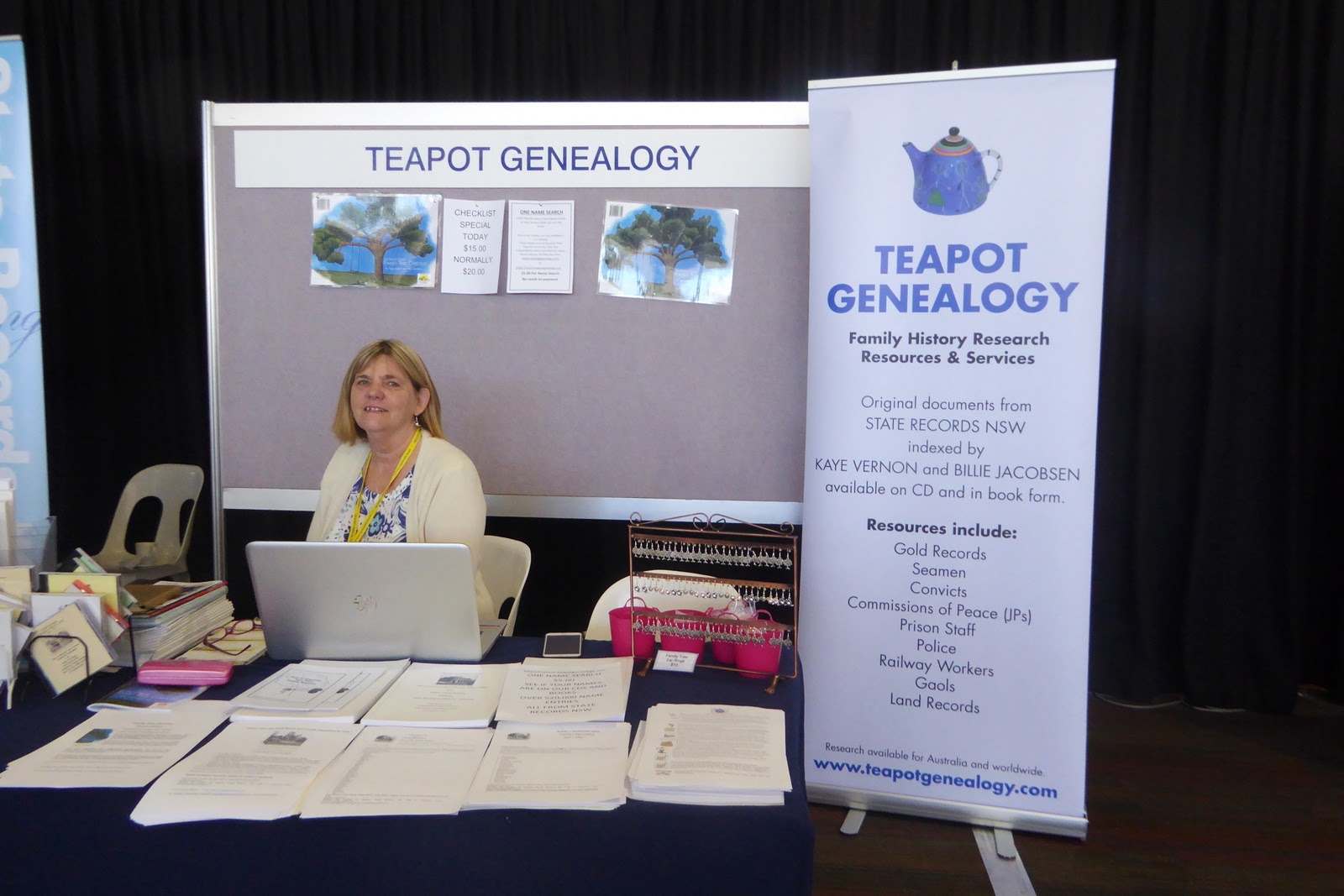 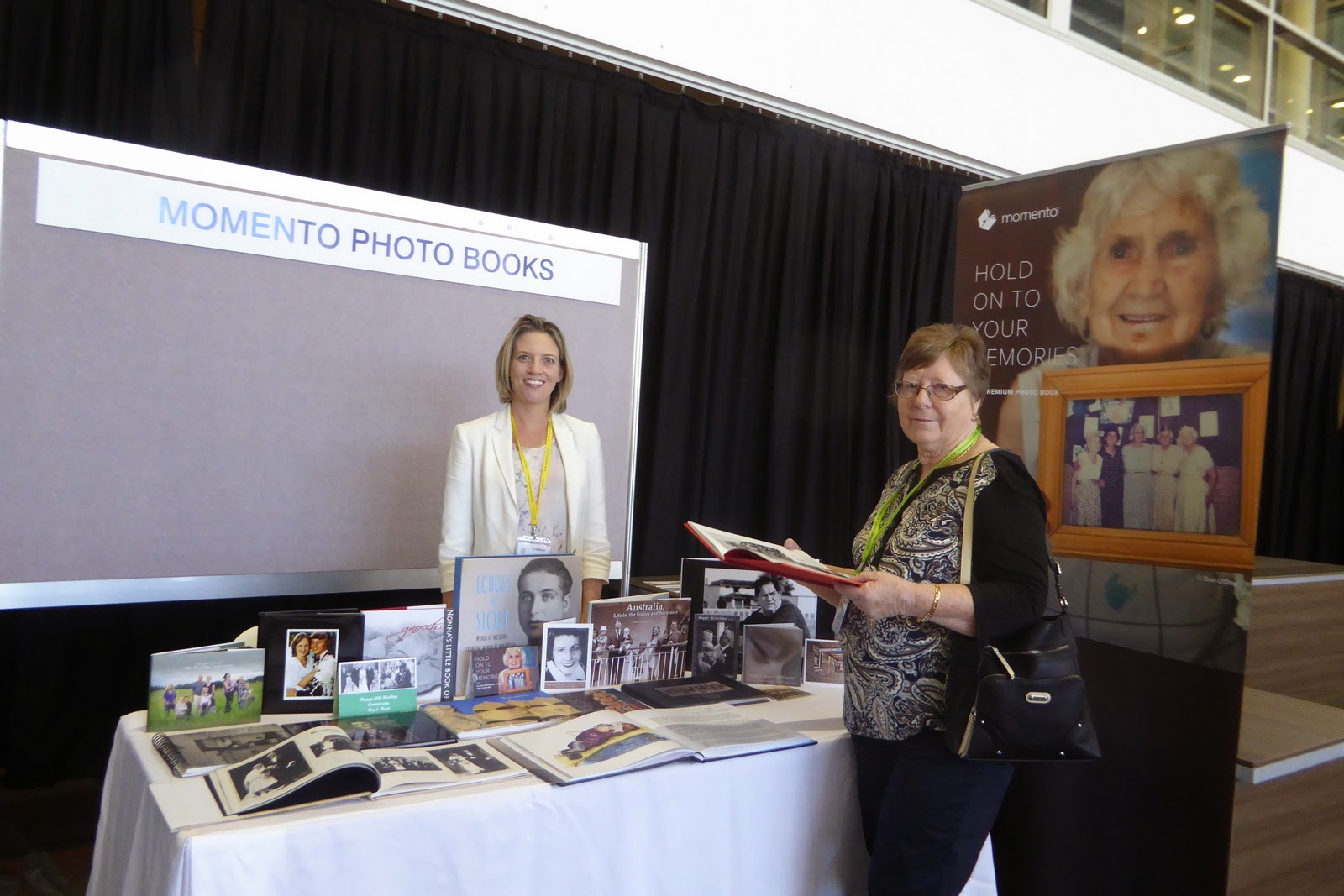 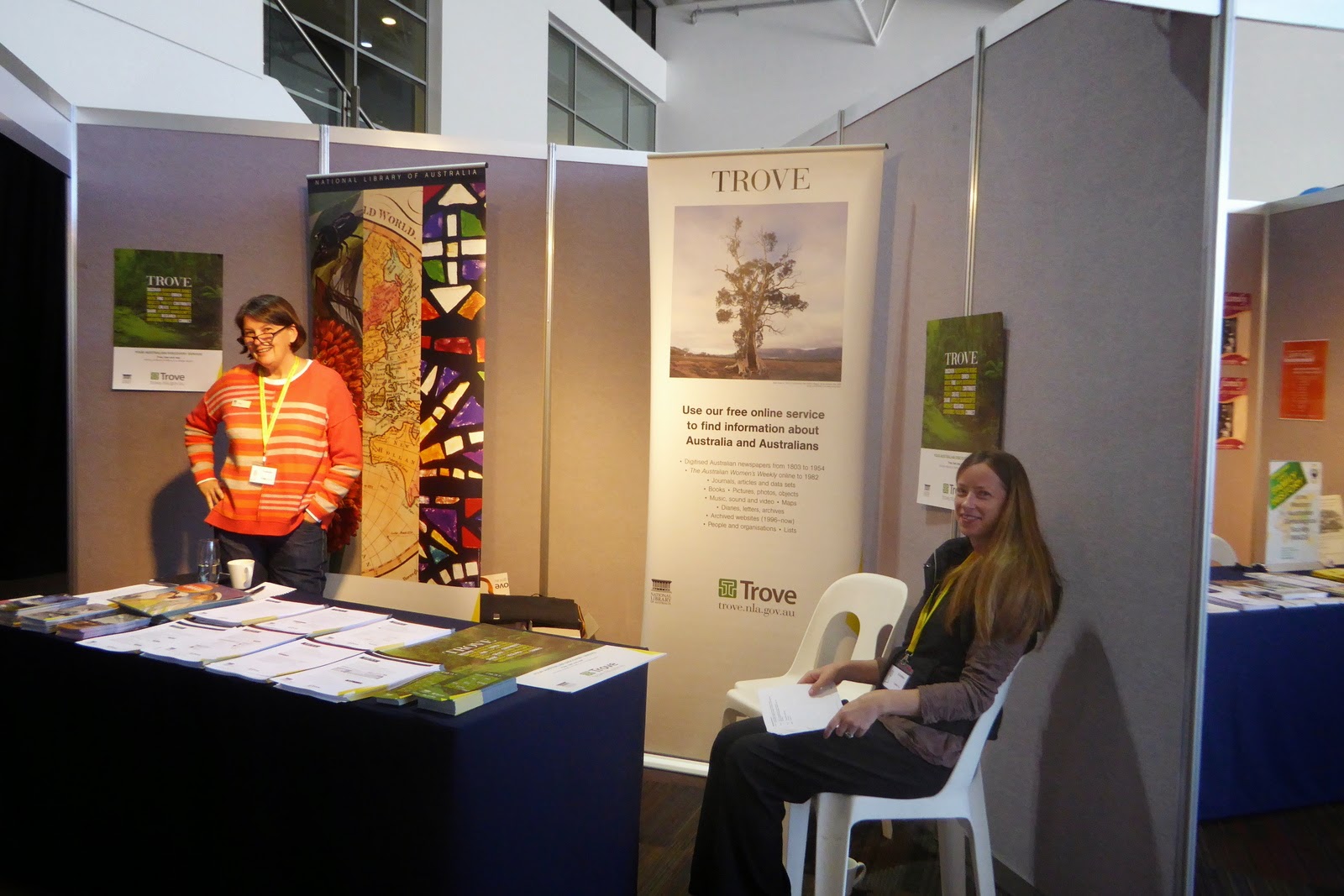 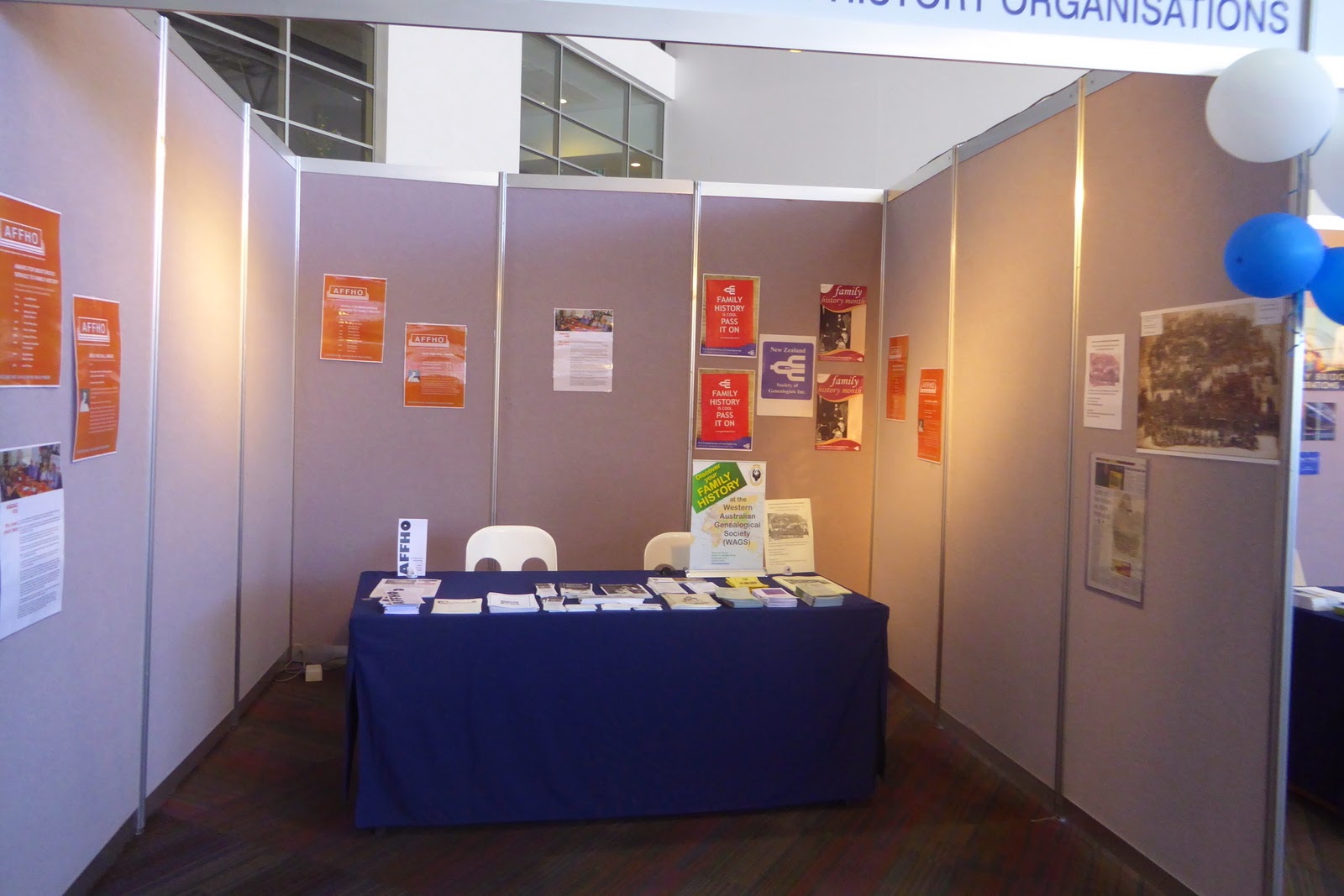 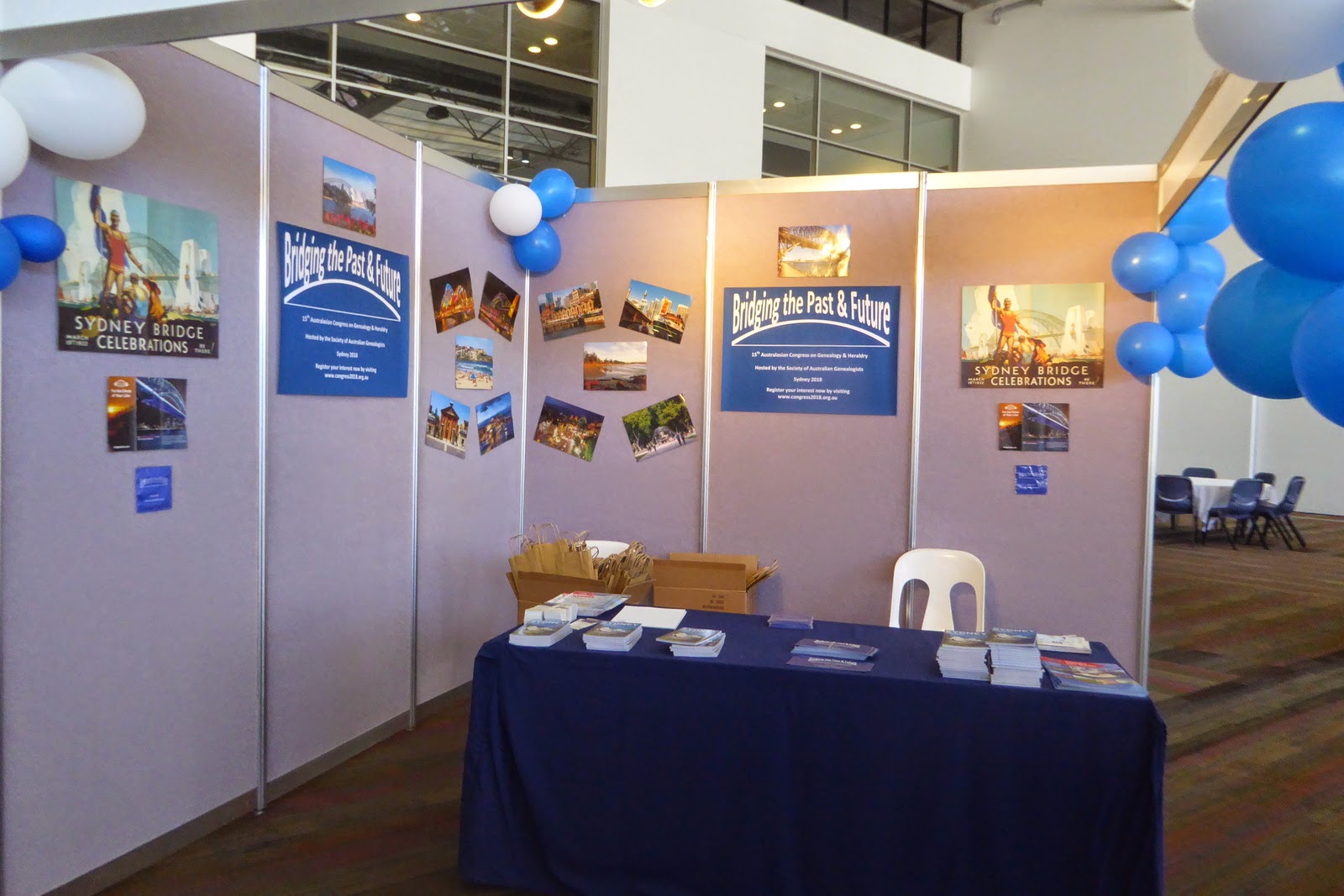 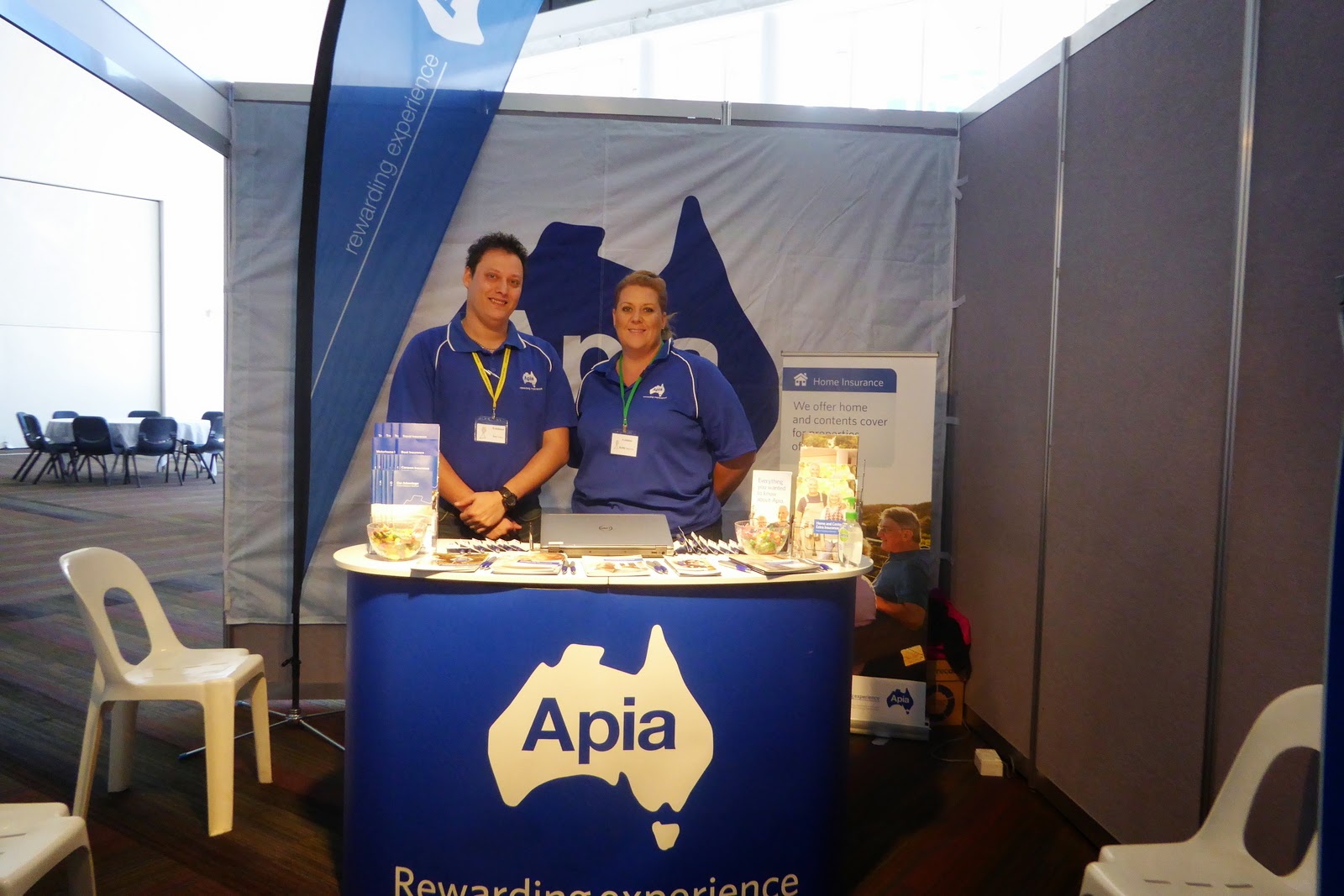 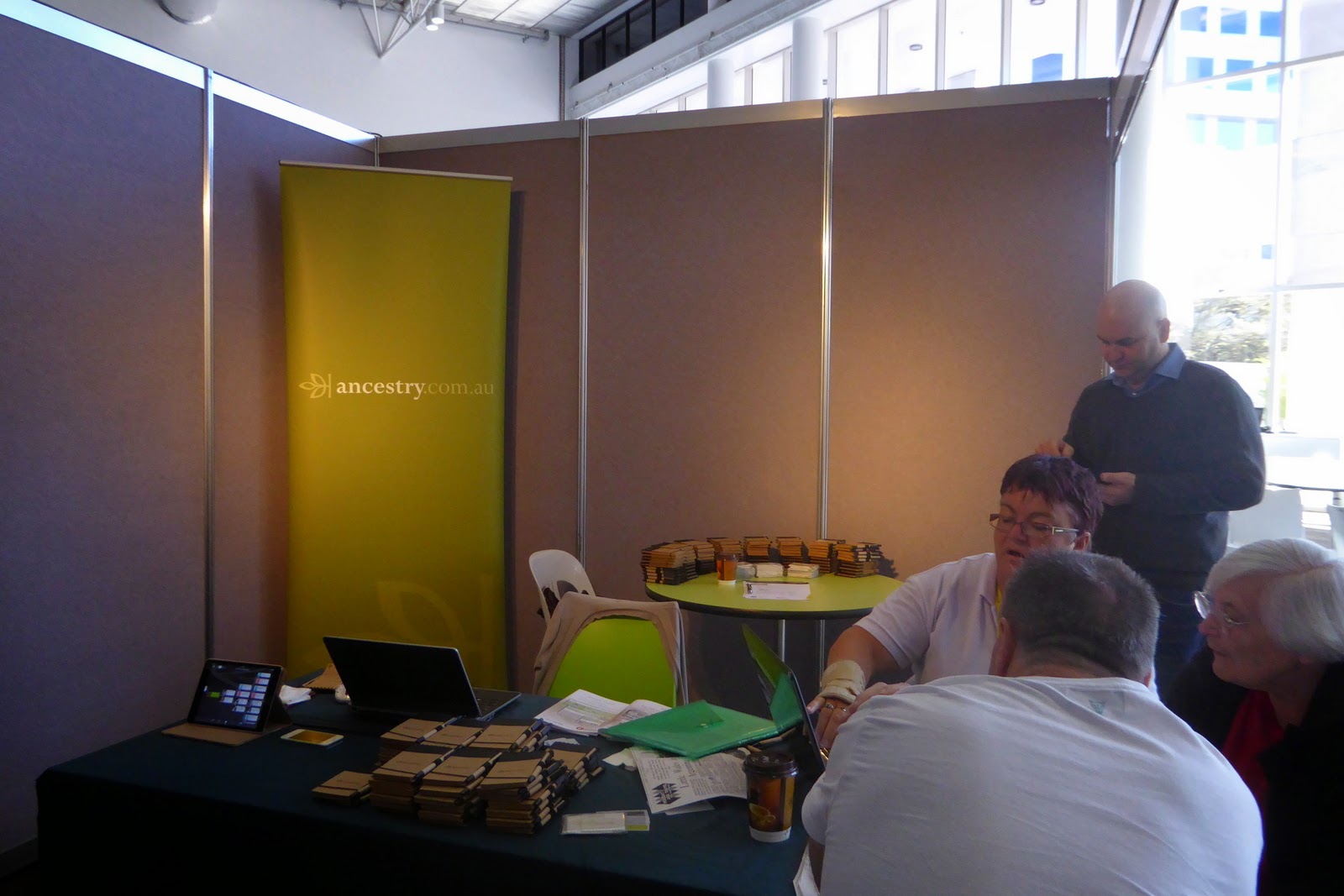 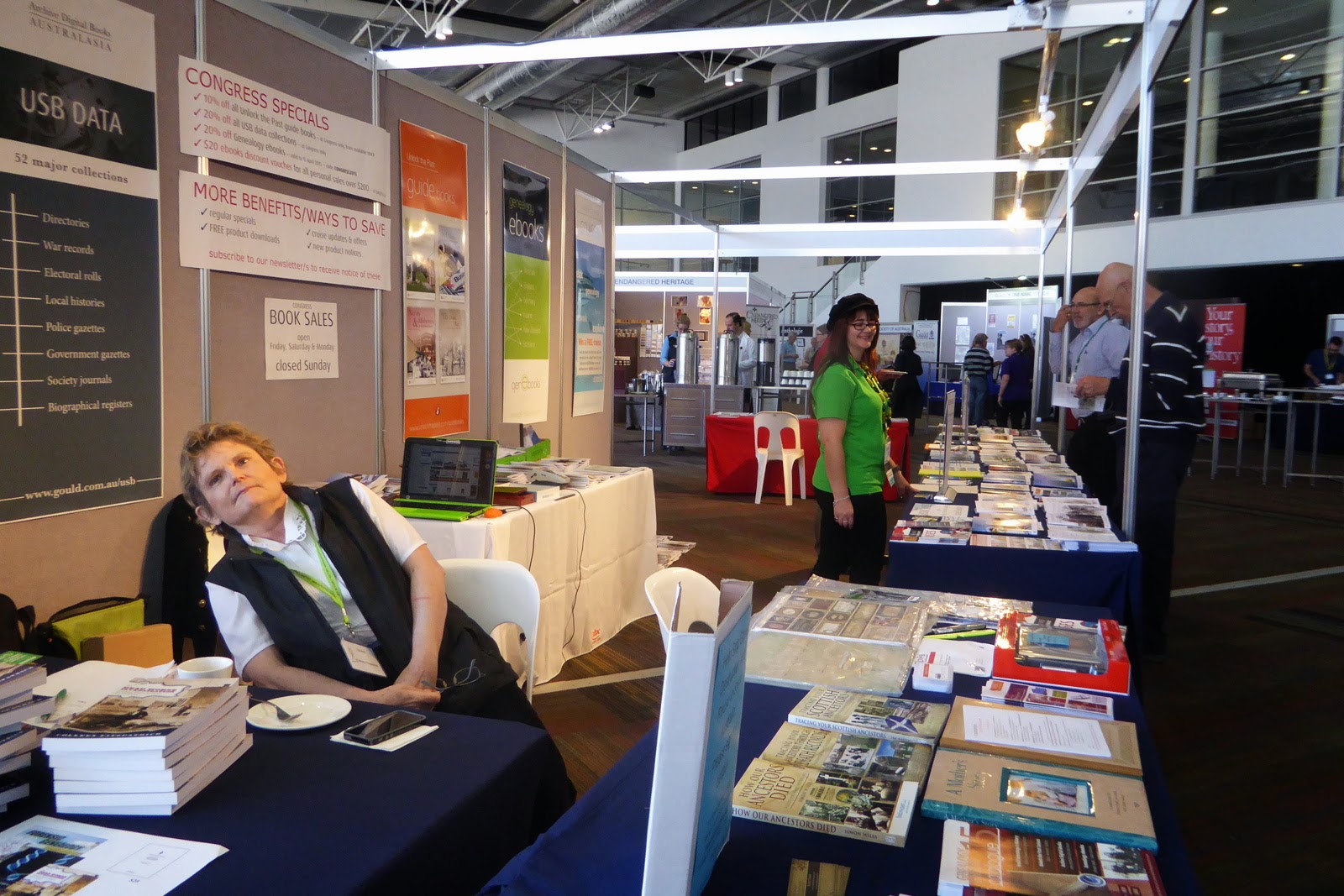 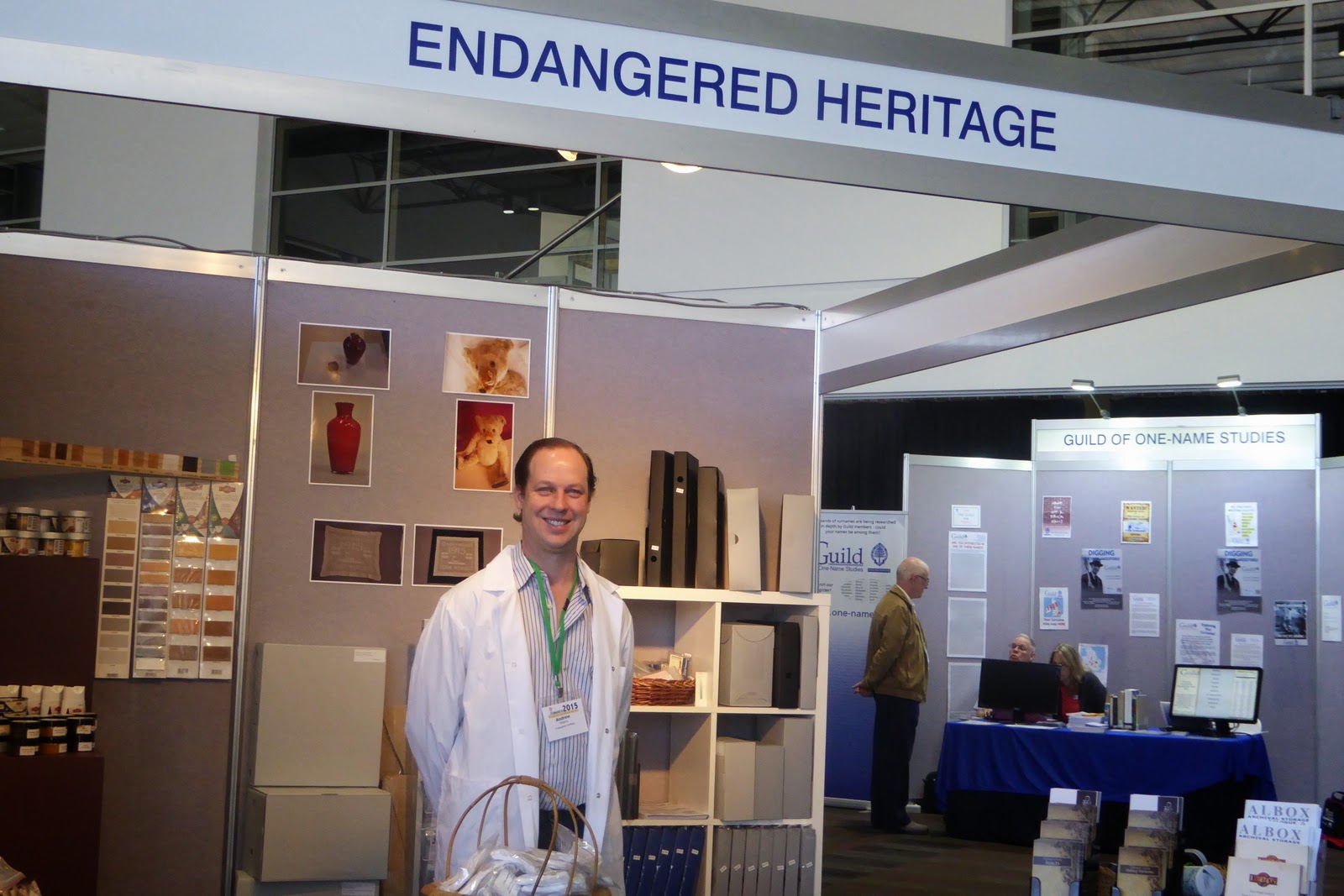 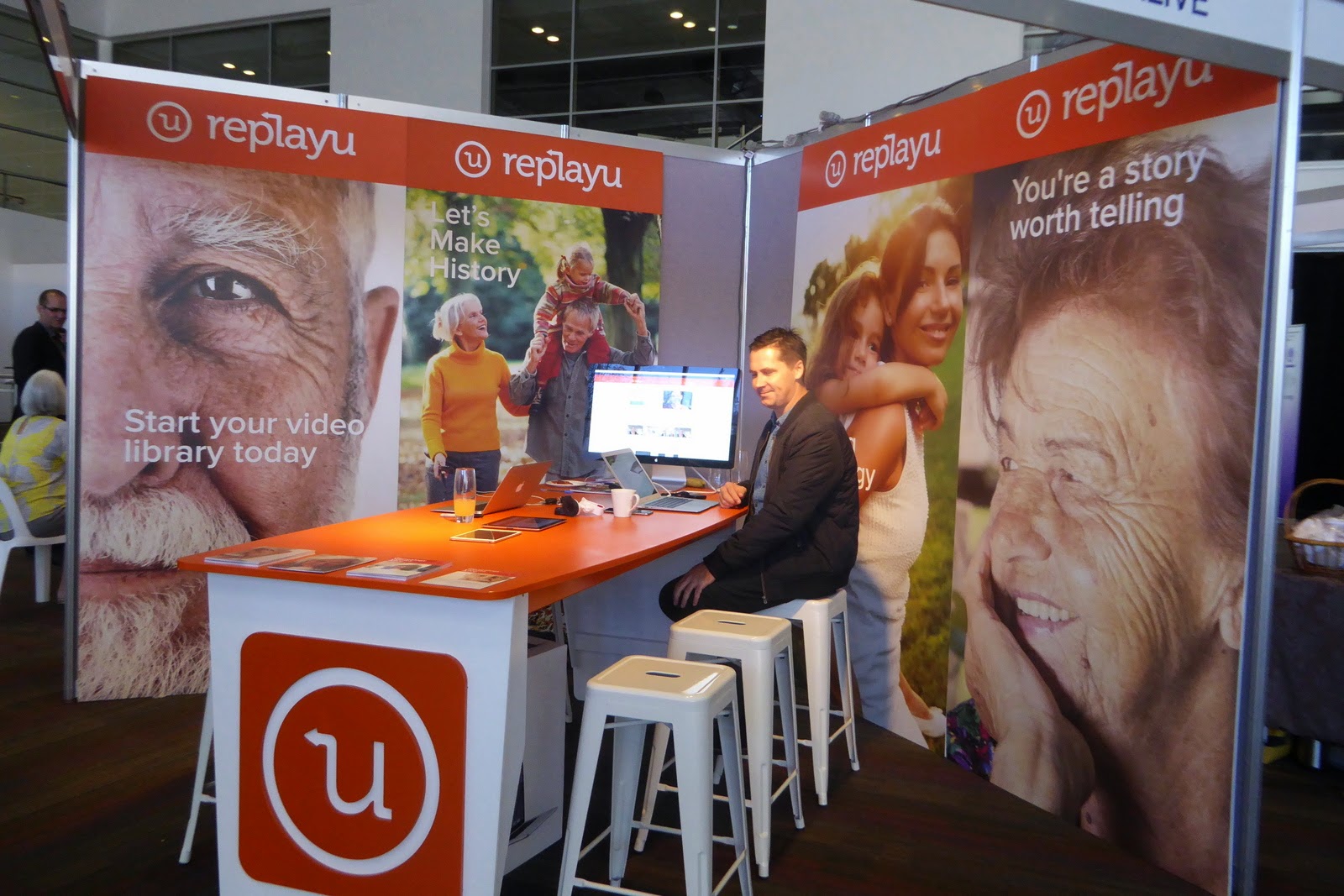 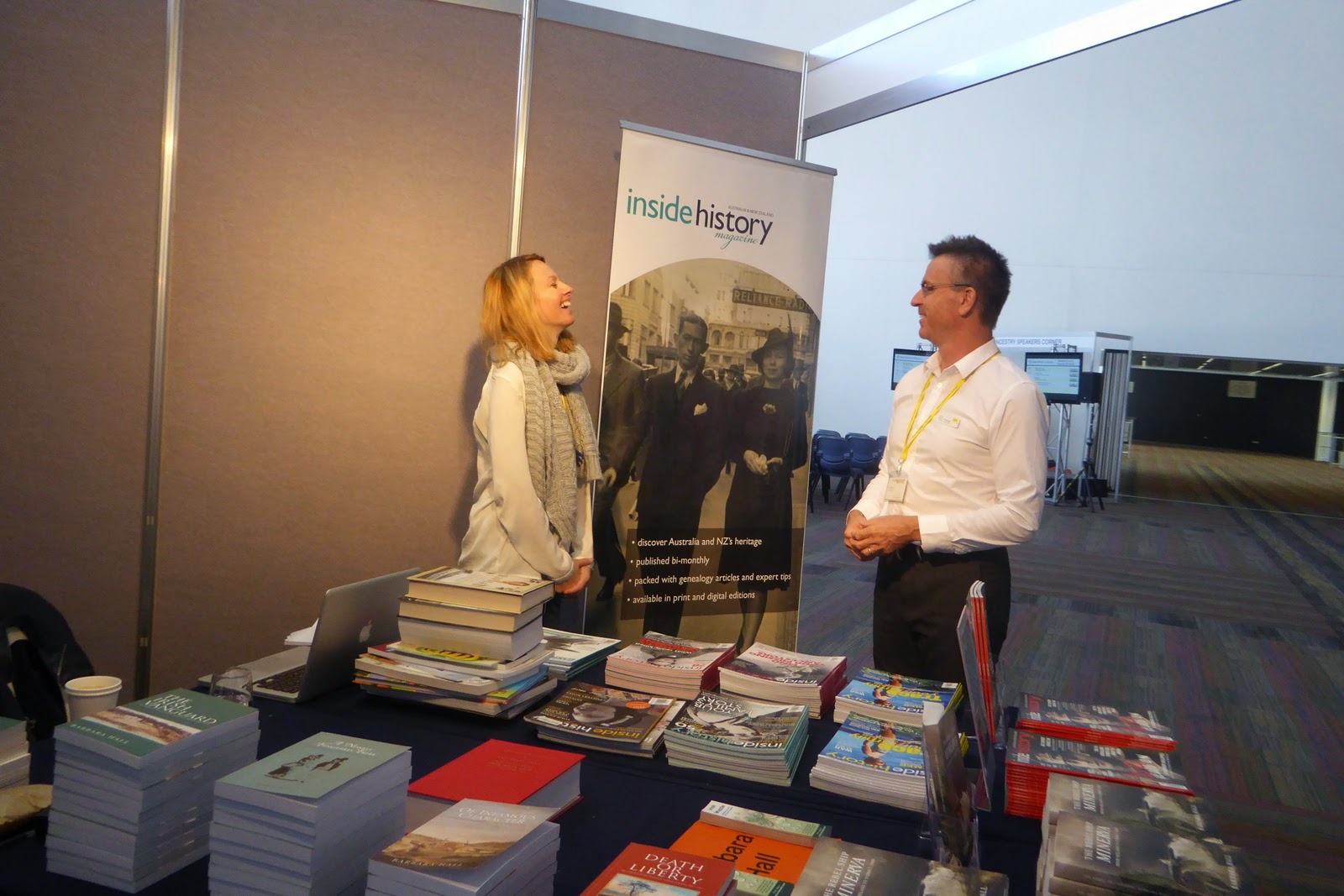 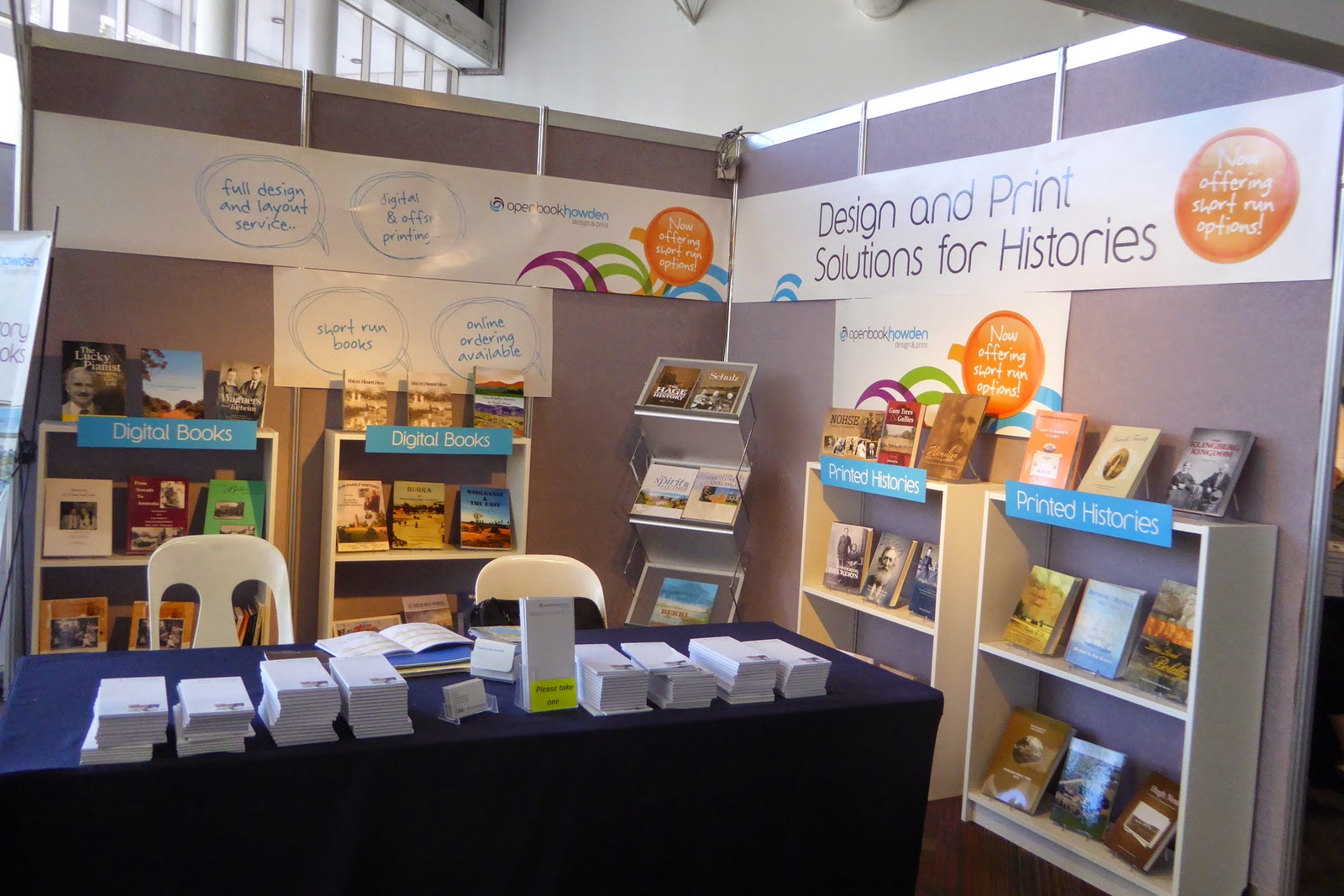 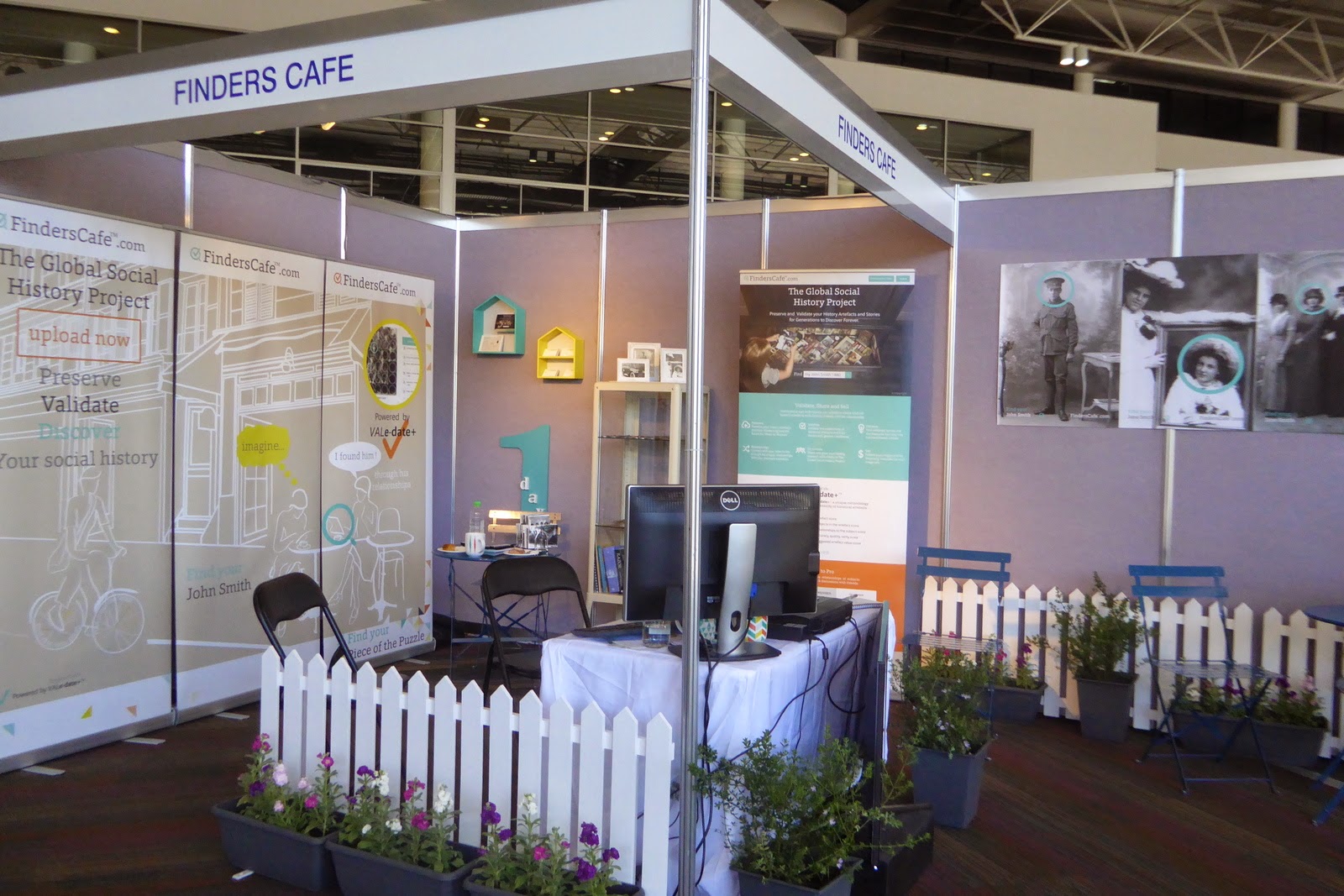 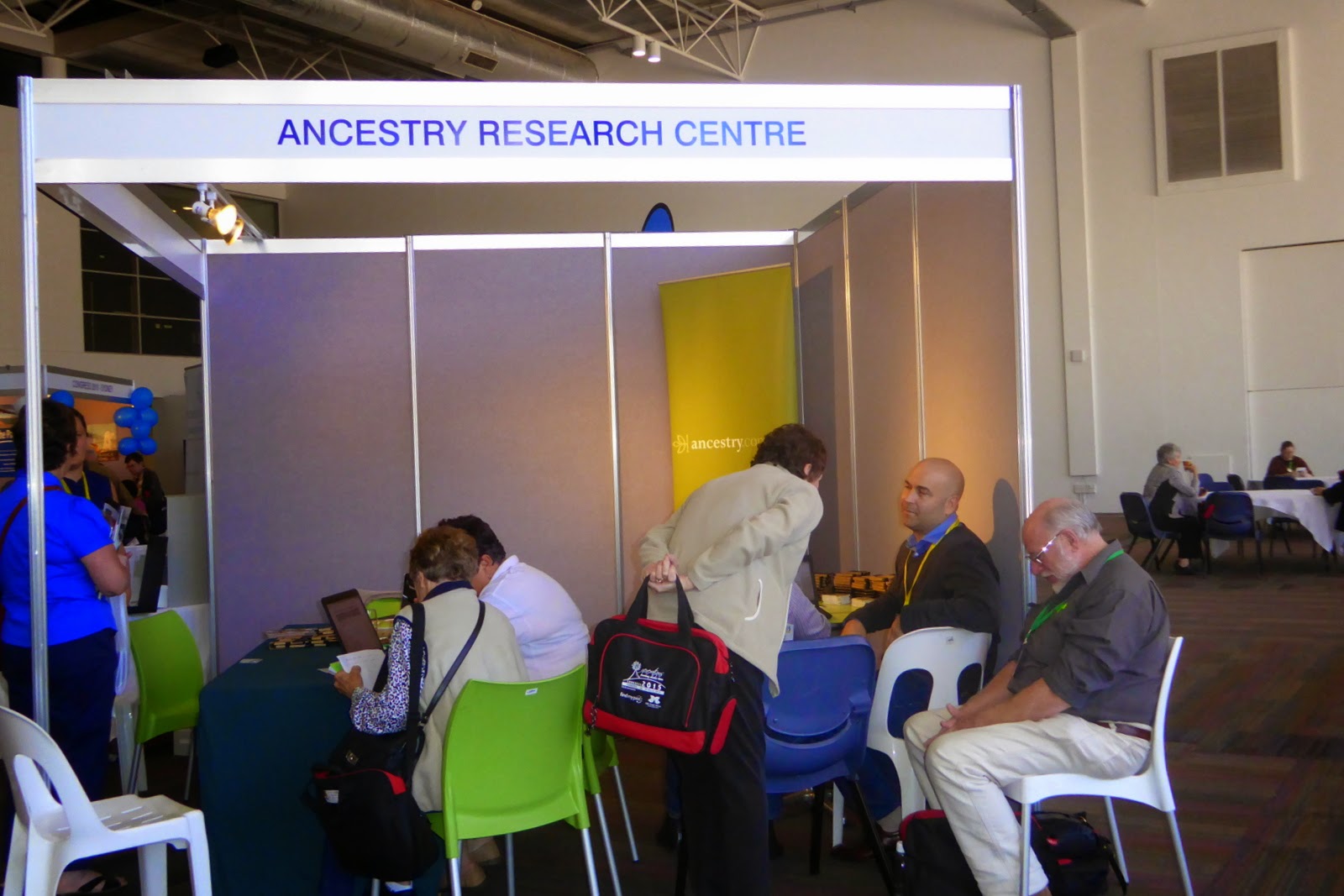 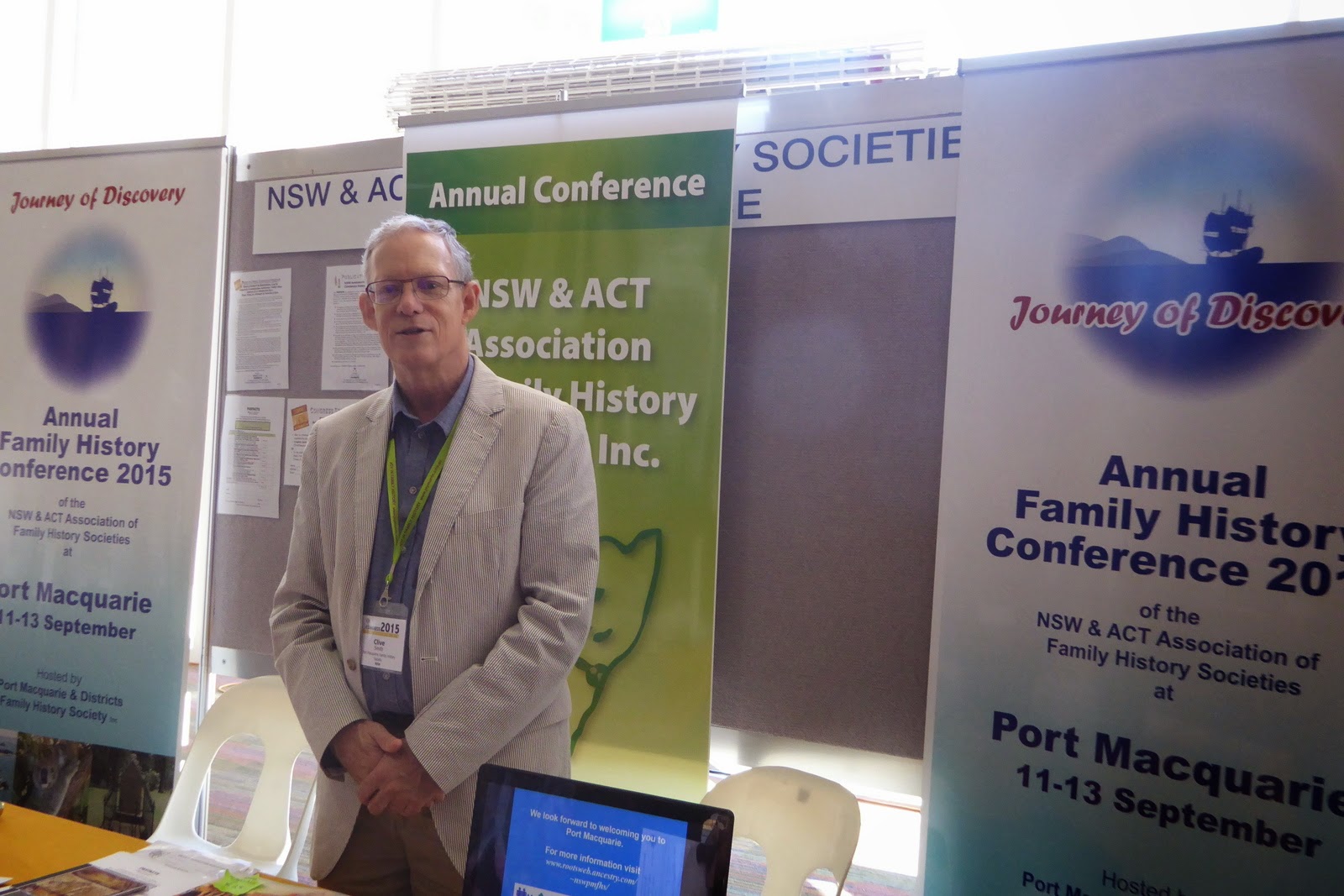 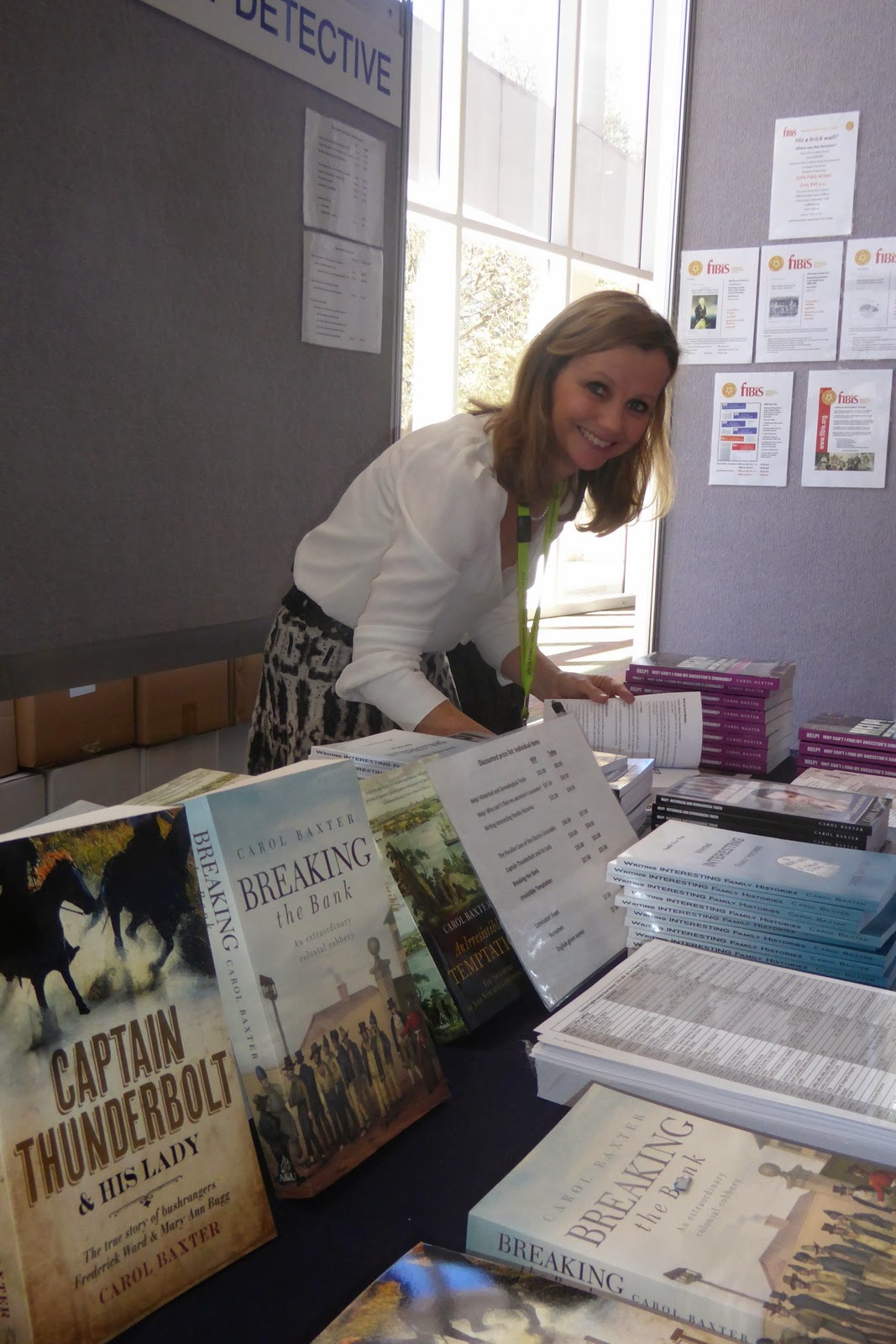 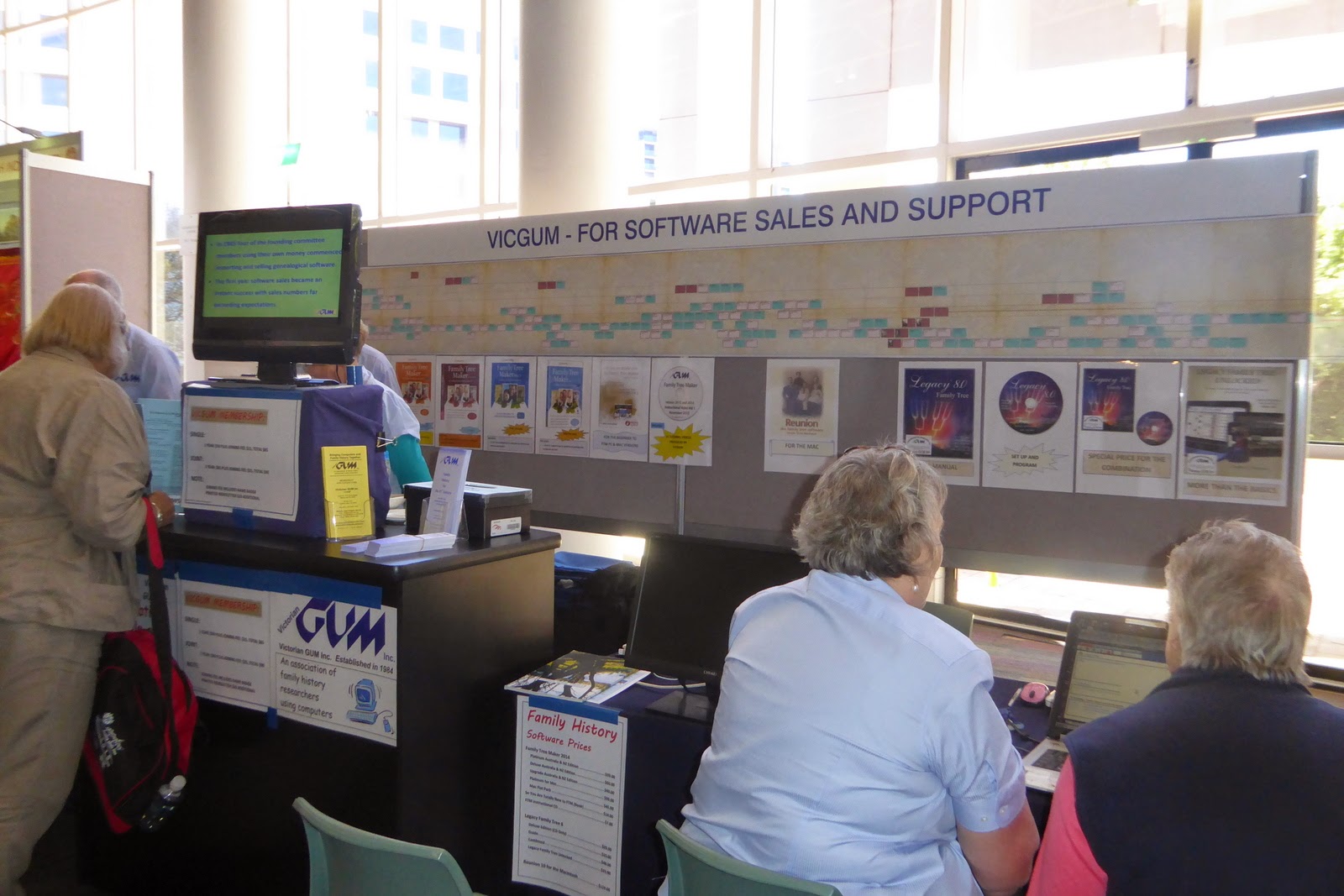 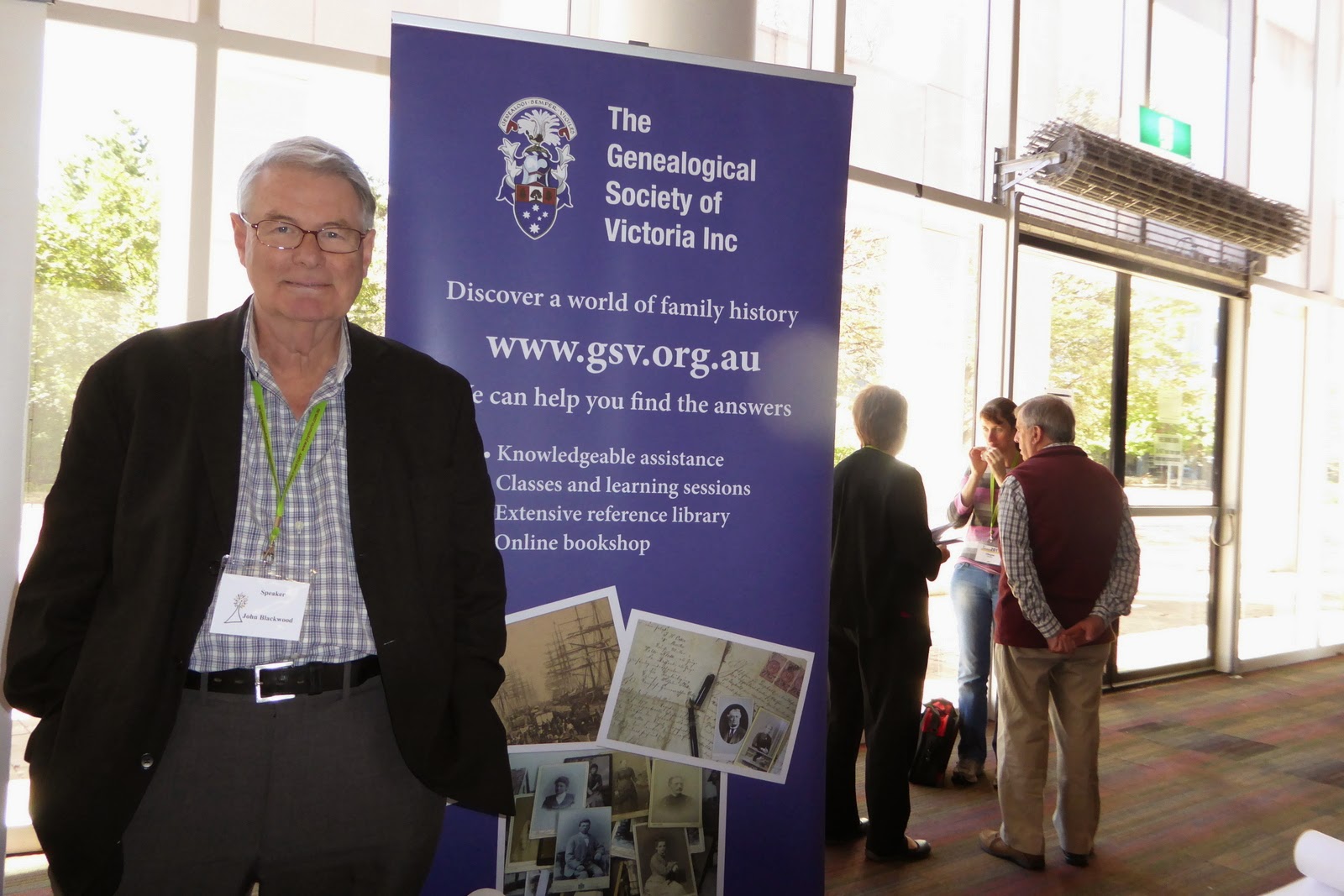 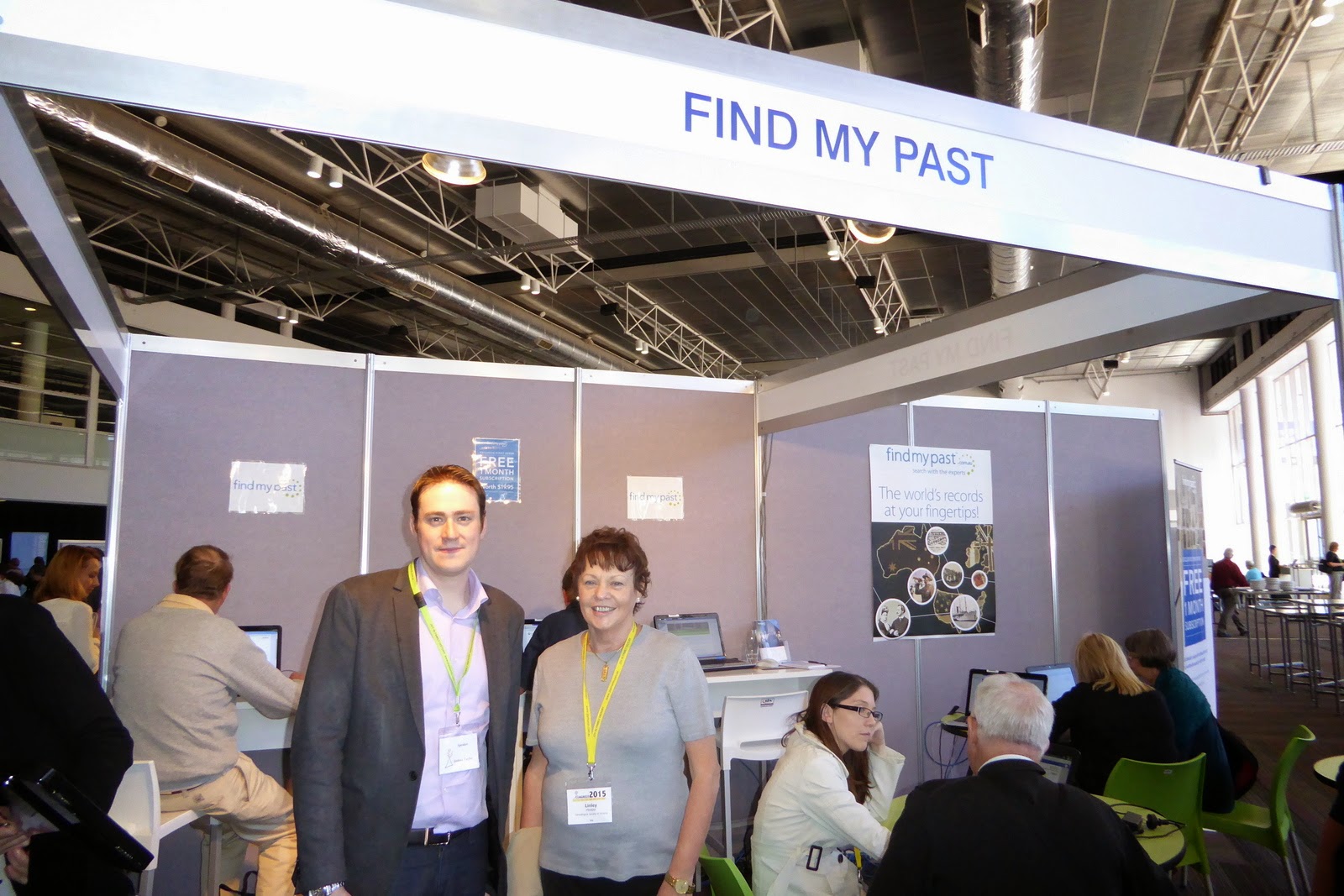 Thanks to all the generous genies who kindly agreed to be photographed for this post.

Aren't they all photogene-ic? Ooops is that a new word for the Geneadictionary?

Or perhaps they were just being geneaial?

Thanks for including a pic of the FIBIS stand at a quiet moment. Congress was a blast! We were so busy responding to genuine enquiries that I probably only managed to get to about a third of the lectures I had intended.
Sylvia
PS - the almost hairless one - I had participated in the World's Greatest Shave for the Leukaemia Foundation.

Great round up of the exhibitors (or is that geneatemptors)? Also love Alex's two tries for the Geneadictionary too!