Dragging the Chain - Accentuate the Positive 2016

Quite a number of my genimates have already responded to this meme while I have been fussing about. I started off well by composing most of my responses while on an aeroplane ride last week but then life got in the way.

1.  An elusive ancestor I found was none that I an remember but through DNA I have been able to confirm that I am on track with most lines in my traditional research. Additionally via DNA I have found quite a few new previously unknown cousins.2.  A precious family photo I found was a poor photocopy of our first picture of Mr Geniaus’ Great-Grandparents online in a My Heritage tree. The clues therein enabled us to track down some previously unknown second cousins who had emigrated to Australia  in the 1970s We intend to meet up and get a good copy of the original photo in 2017.
3.  An ancestor's grave I found was none but the Australian Cemeteries Index has provided with the locations of many Australian graves to visit.4.  An important vital record I found was via the new English Birth and Marriage indexes that give mothers’ maiden names. I have been able to order the correct certificates for several ancestors, these confirm I was on the right track with my research. 5.  A newly found family member shared photos and stories of Mr GeniAus’ paternal side. We had an enjoyable meet up with cousin Shirley in October. We were able to swap information with Shirley and give her the location of her grandmother's unmarked grave in Liverpool Cemetery  that she had been trying to find for thirty years. Mr GeniAus has organised for a marker to be placed on the grave so that Emily will be more easily found.6.  A geneasurprise I received was being voted as The Australian and New Zealand Gold Medal Genealogy Rockstar for 2016. Thanks to my followers and genimates for this honour.7.   My 2016 blog post that I was particularly proud of was the series of posts I wrote on my CurryAus blog for the blogging challenge. This activity was hard work that kickstarted my Surname Study.

8.   I made a new genimate who I'm singling out - Danielle Lautrec, Education Officer at The Society of Australian Genealogists. I am sure that Danielle has contributed in a major way to the improvement in the Society's educational offerings.

9.  A new piece of software I mastered (well not quite) was Double Match Triangulator by Louis Kessler. This has the potential to help genetic genealigusts make sense of the avalanche if matches they find through DNA testing.10. A social media tool I enjoyed using for genealogy was… I never thought I'd  say this but it's Facebook. I particularly learn a lot from fellow genies who, like me, are trying to get their heads around DNA in The Using DNA for Genealogy - Australia & NZ Group set up by Louise Coakley from Cairns.

11. A genealogy conference/seminar/webinar from which I learnt something new was...it has to be Rootstech - the greatest geneashow on earth. I also enjoy many of the member presentations at our local FHG, it's wonderful to see genies standing on their feet for the first time to share their stories in a safe, positive environment.
12. I am proud of the presentations I gave as webinars for The Society of Australian Genealogists. Although I prefer face to face interaction this mode of delivery can deliver learning to a diverse and distant audience.13. A journal/magazine article I had published was my regular column in The Surname Scribbler, the online newsletter of The Surname Society.14. I taught more than one friend how to get started in family history. At our local FHG it has been a privilege to introduce some longtime genealogists to online tools. I love infecting people with the geneabug. 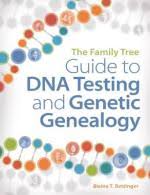 15. A genealogy book that taught me something new was Blaine Bettinger's "The Family Tree Guide to DNA testing and Genetic Genealogy."
16. A great repository/archive/library I visited was The Kilkenny  Archaeological Society at Rothe House in Kilkenny, Ireland. The volunteers were so knowledgeable and helpful. 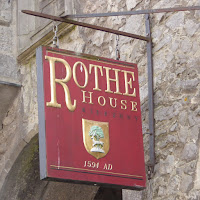 17. A new genealogy/history book I enjoyed was Getting the most from Family Historian 6.18. It was exciting to be invited to judge the Rootstech Innovator Showdown semi-finals. It was a challenge selecting my top ten from the list of entries. I was thrilled that I was able to convince the judges to include my fave app in the list.19. A geneadventure I enjoyed was a trip to Ireland in search of my paternal ancestors. Although I didn't  solve any mysteries I enjoyed following in the footsteps of my forefathers. I have been inspired to return again next year.20. Another positive I would like to share is ...the satisfaction I get from my membership and participation  in local, state and an international society. I have made so many new friends in our local fhg which now has over 100 members, I am so proud of the progress we have made.

The new GRO indexes are a great boon! I want to focus a bit more on DNA this year too, and will investigate that triangulation tool :)