GeniAus - #AtoZChallenge - R is for The Railway Children 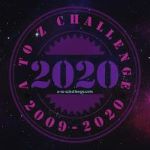 During April 2020 the month of this #AtoZChallenge I will be sharing short posts on some of the 2,000+ descendants I have identified of my 3x Great-Grandmother, Elizabeth Phipps.

Since beginning this series of blog posts I have learnt about the amazing careers of my half second cousins once removed, Alison and Jill McCusker.

I dubbed them as The Railway Children as their father, Neal McCusker, who was married to Mary Irene Magick worked for the railways in NSW. During their childhood the family moved around the country with the family as their father rose up the ranks to become the Commissioner for Railways in New South Wales.

Dr Alison McCusker was an internationally renowned scientist who worked in several overseas countries. You can read a detailed biography of Alison's life online here: https://www.anbg.gov.au/biography/mccusker-alison.html.  Alison was awarded a Medal of the Order of Australia in 2009 for service to science through the cataloguing of Australian flora.

Jill McCusker married Russell Fitch in 1969 and reared a family of two children.
Jill who was a physicist and expert in health use of nuclear radiation. She served as a Commissioner in the 1984 The Royal commission into British nuclear testing in Australia. In 2003 Jill was awarded the Public Service Medal for outstanding public service, particularly in the field of radiation protection.

On the list for my next visit to the National Library of Australia are the following two items which will give further insight into the lives of The Railway Children.


I love to connect with cousins and fellow researchers. Should you find any errors in my post or have additional information please contact me.
Posted by GeniAus at 12:00 PM

hi Jill
I found your comments about McCusker's interesting as I am a McCusker/McCosker descendant - mine came from Dromore in County Tyrone though there were Fermanagh McCusker connections as well.