There were some very proud Australians with tears in their eyes after the keynote presentation by entrepreneur and former Young Australian of the Year, Tan Le.

Tan shared the stories of her grandfather and parents in Vietnam followed by her escape with her grandmother, mother and sister to Australia via a refugee camp in Malaysia. She told of growing up in the Melbourne suburb of Footscray and talked about the way the feamles in her family influenced her life. I won't paraphrase her talk but will share a few photos and encourage to watch Tan Les' presentation should it be made available on the Rootstech website. 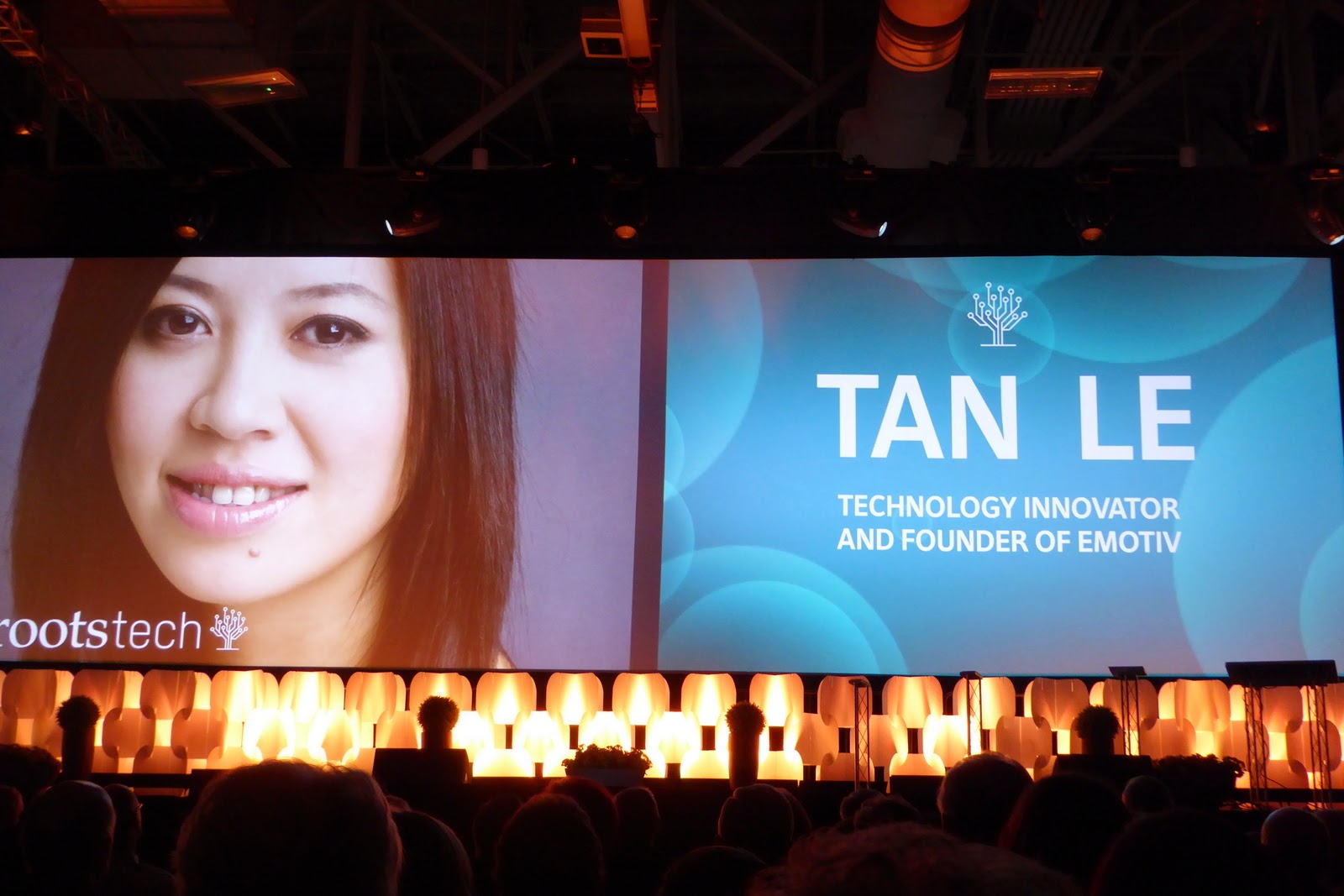 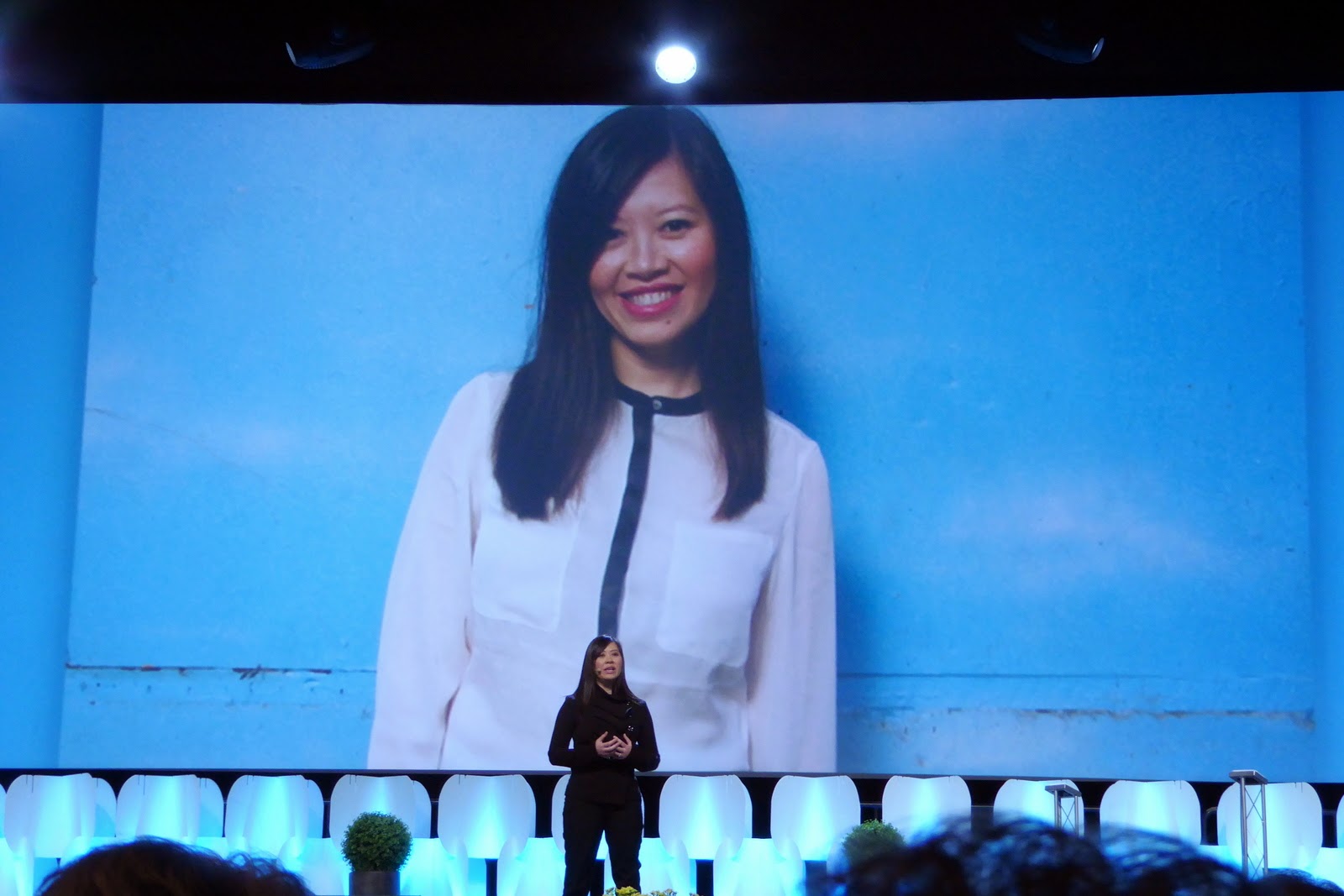 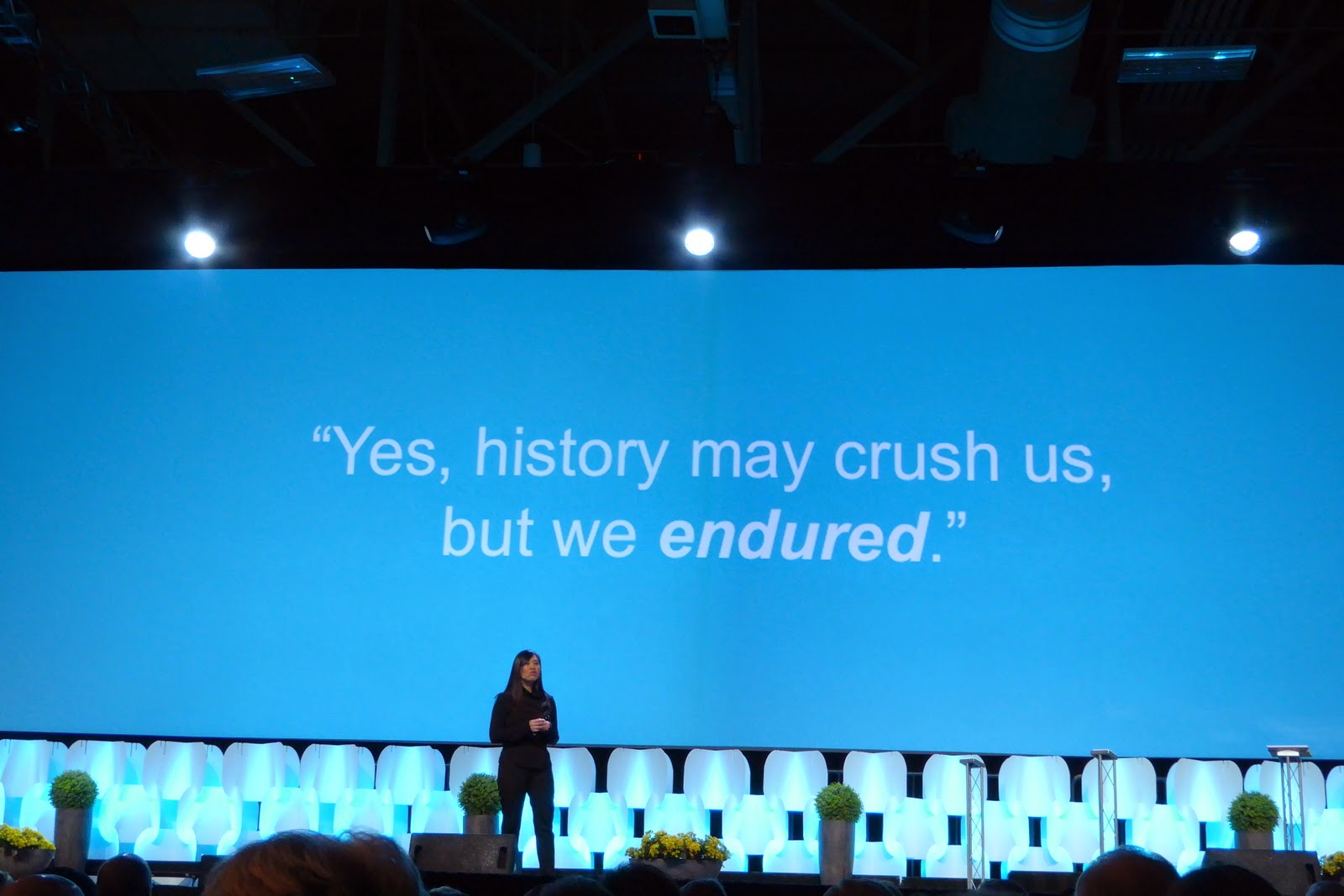 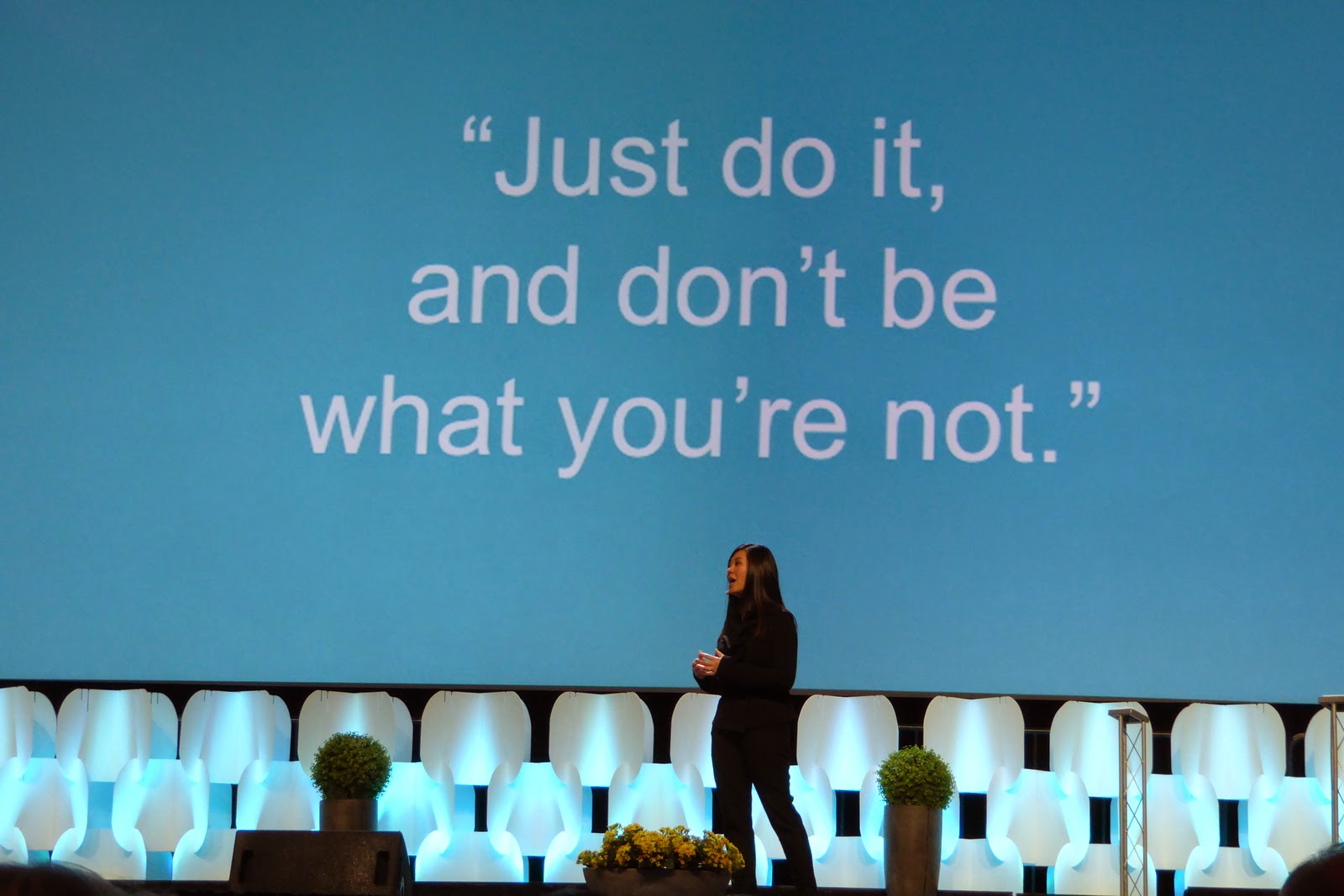 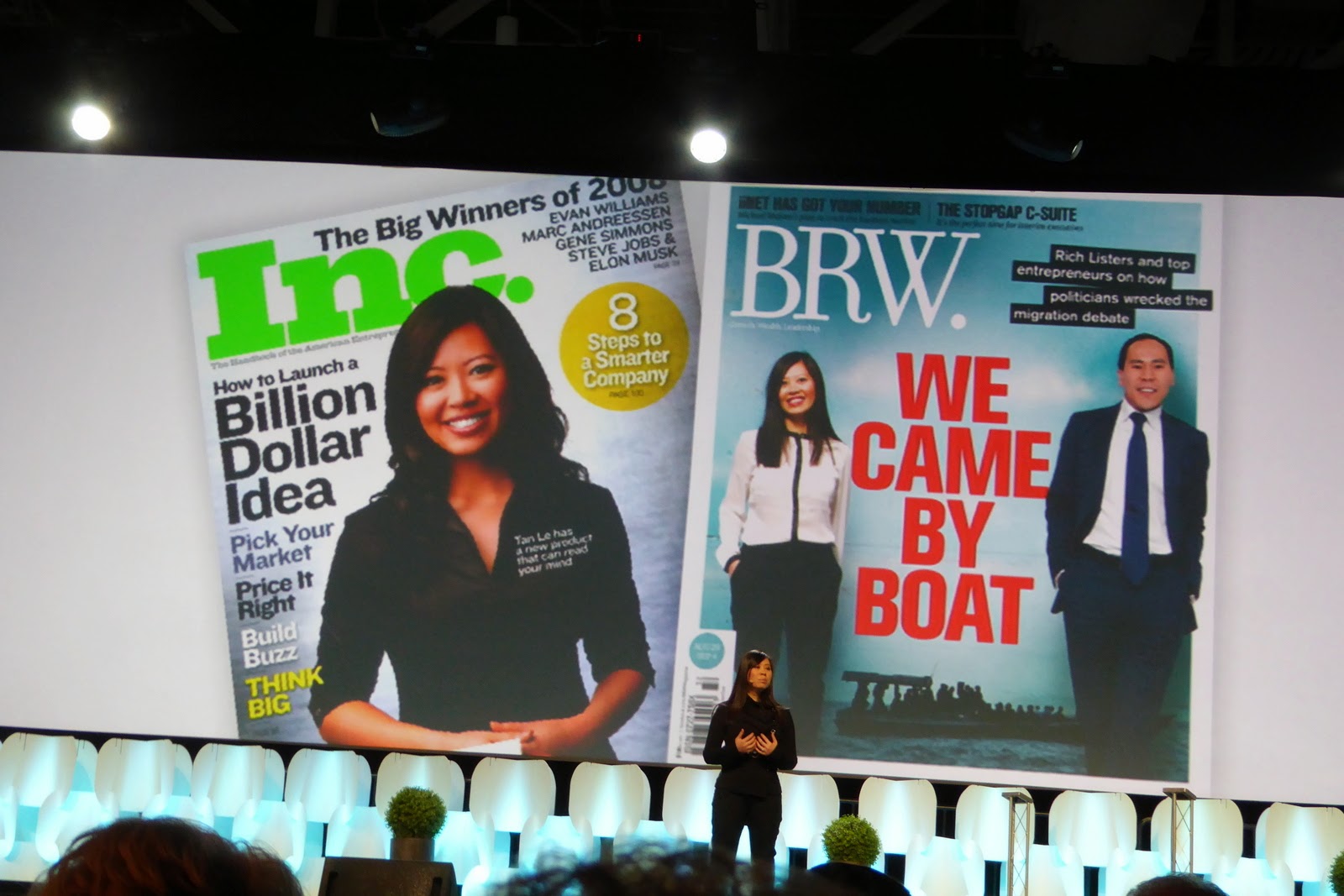 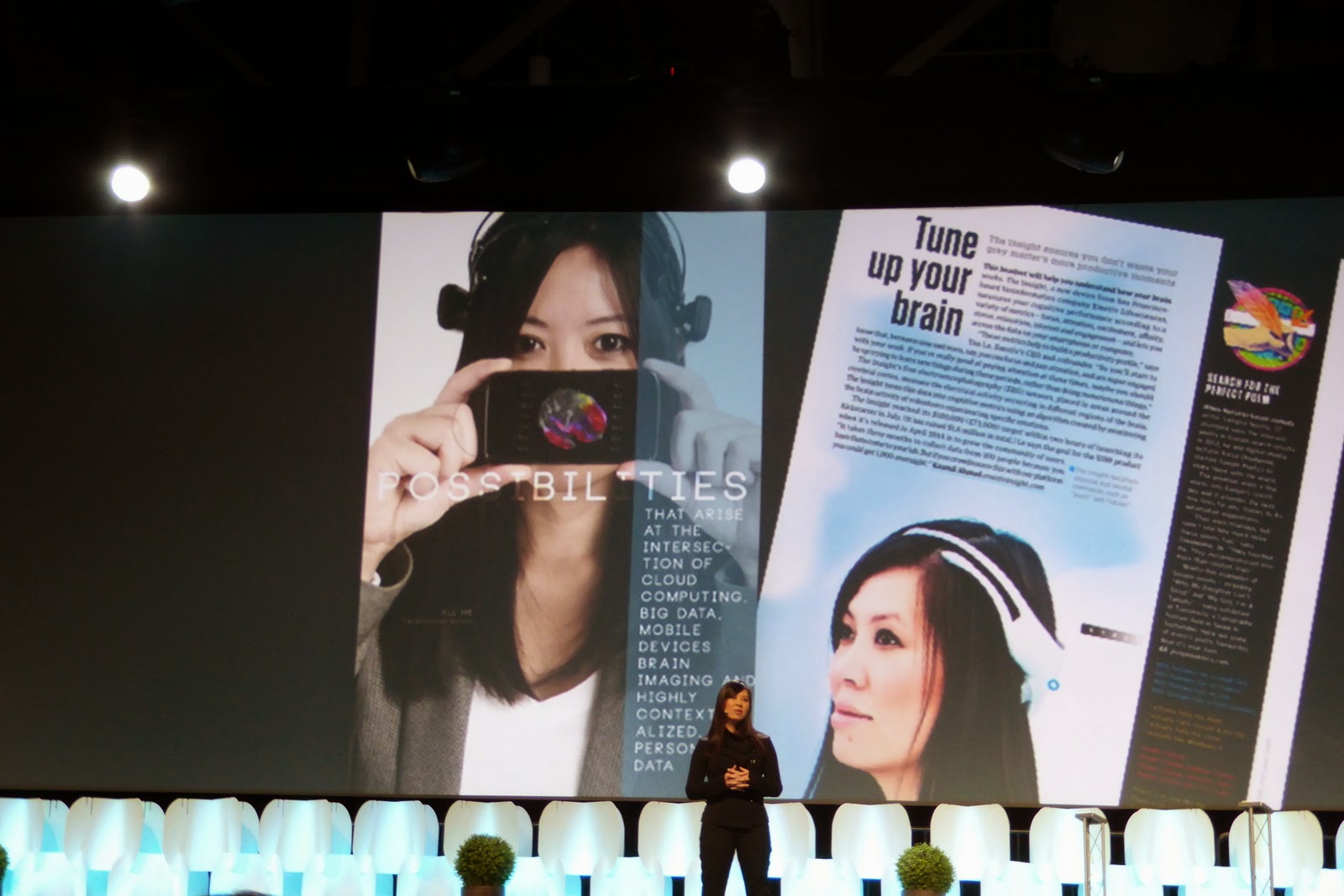 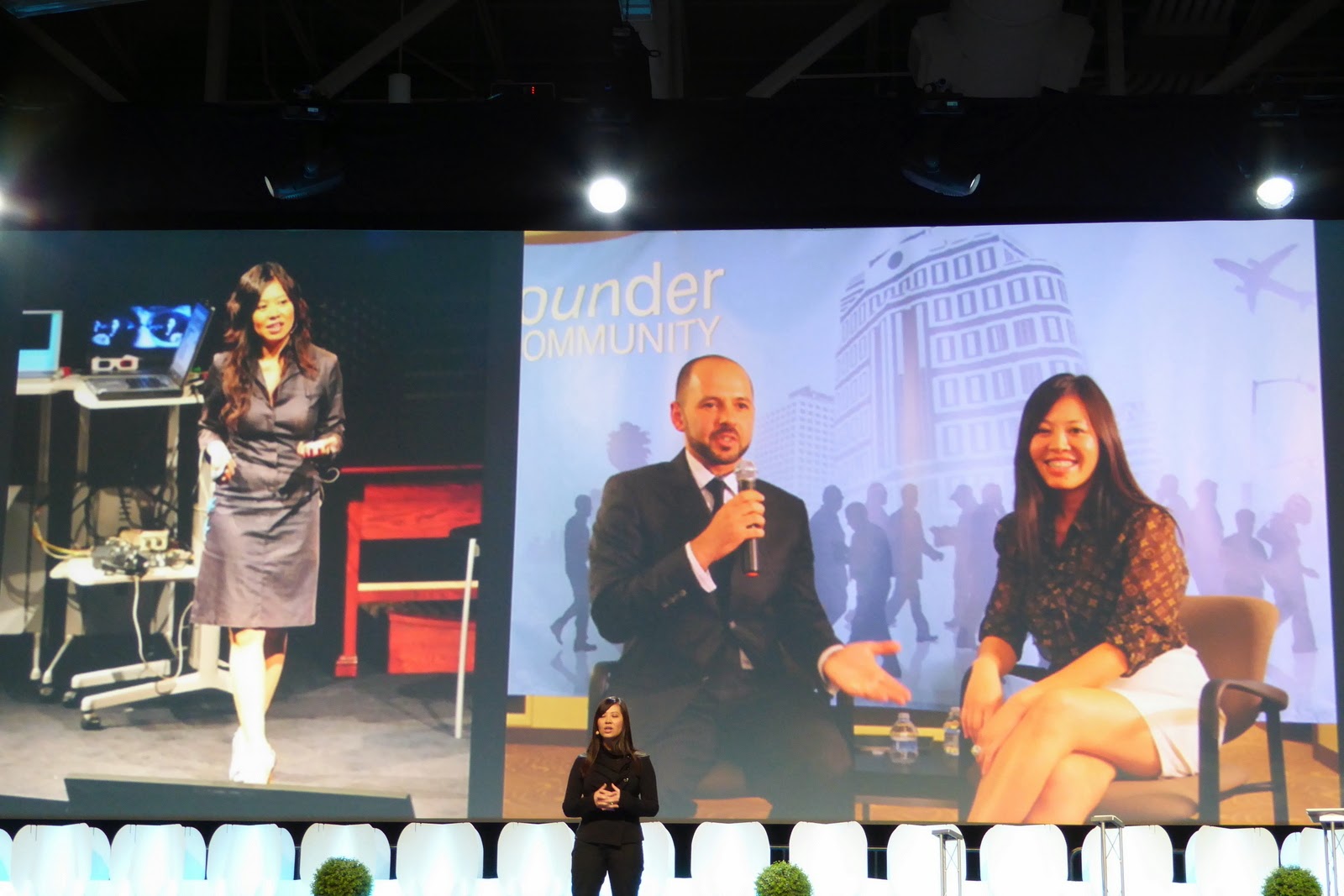 After the keynote Tan was escorted to the Media Center where she did a video interview with some FamilySearch people. Then some members of the media were invited to join Tan for a chat on the couches in the Media Center. You can see from the photo of  DearMYRTLE, Sue Maxwell and Carol Rice how enthralling the conversation was. 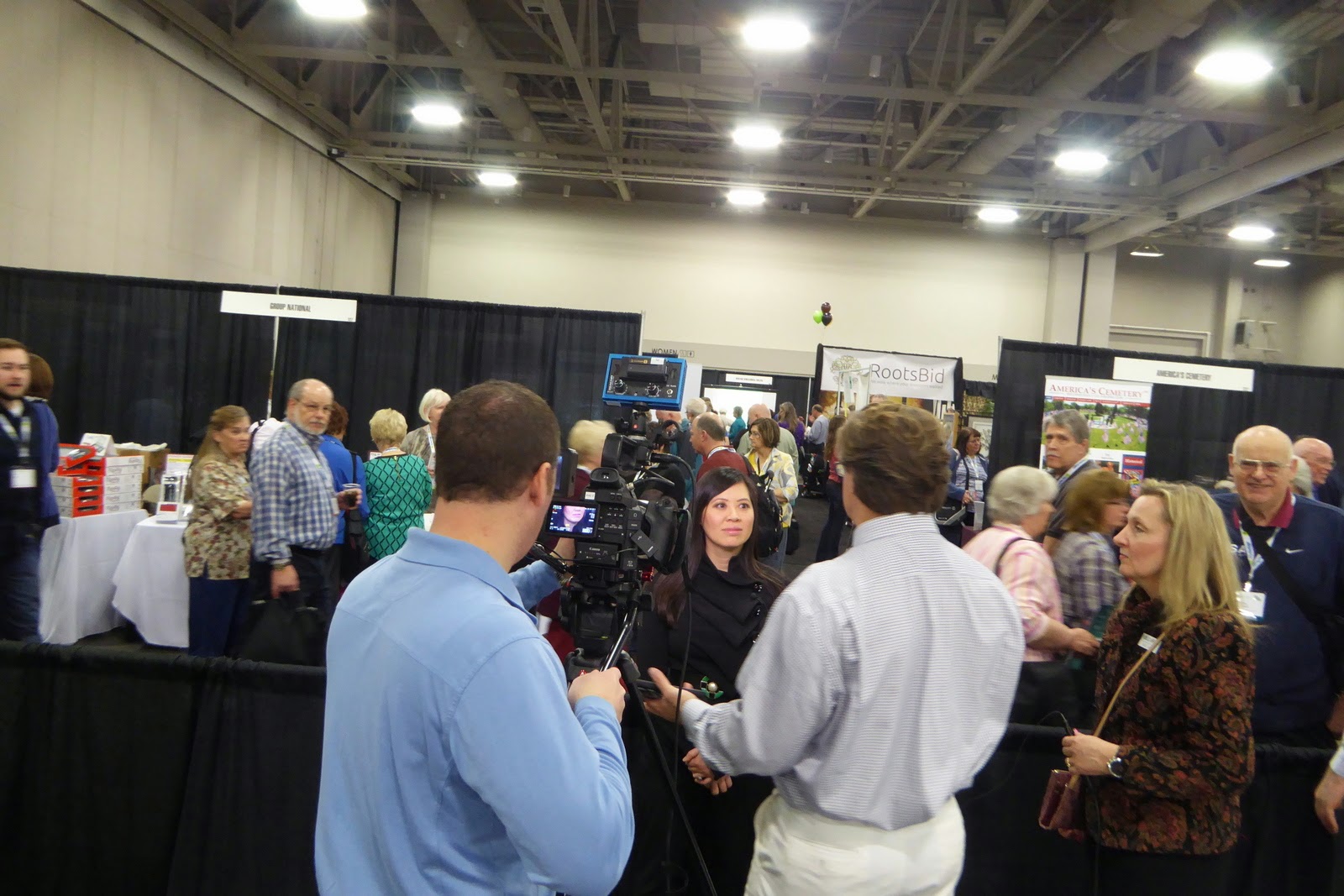 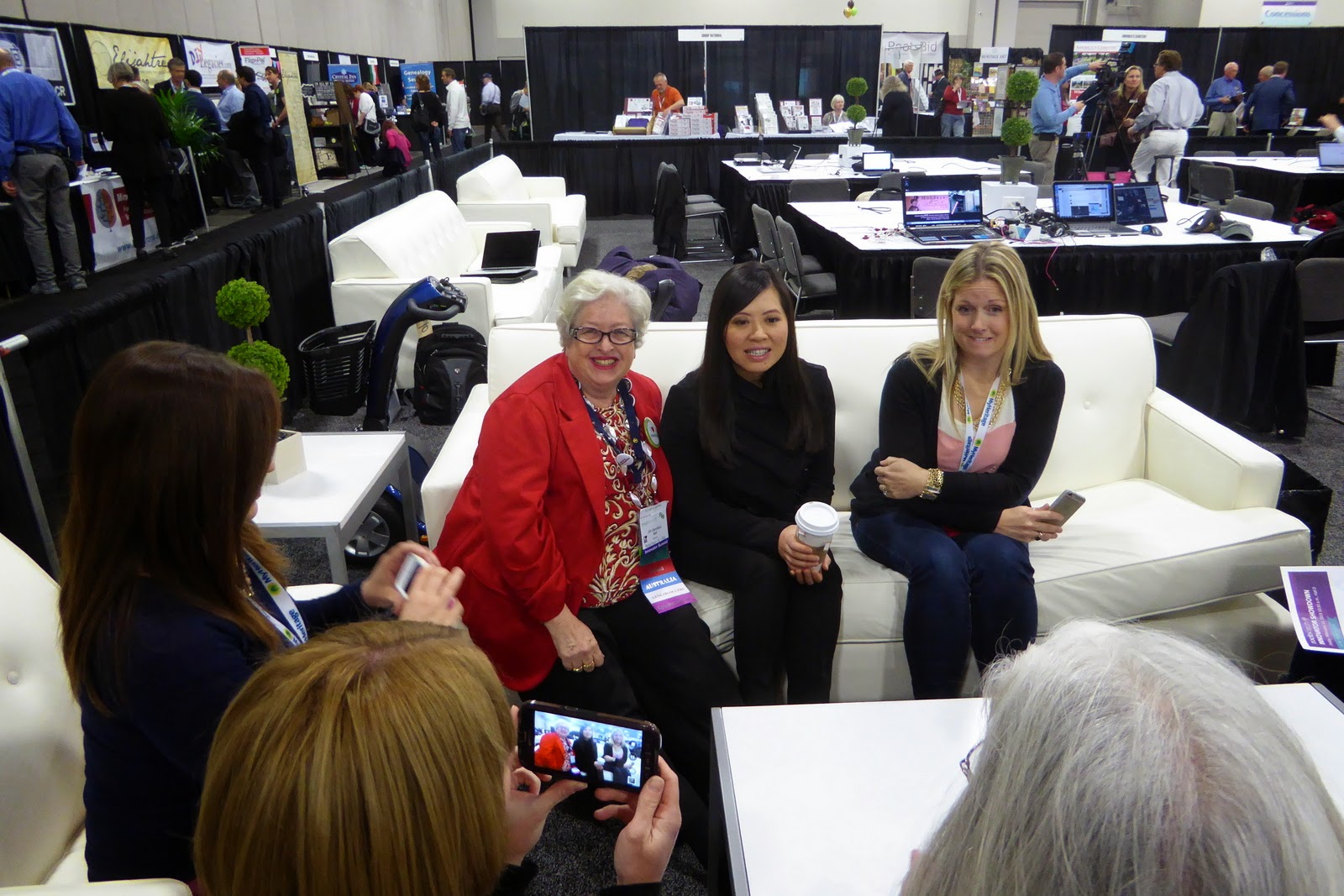 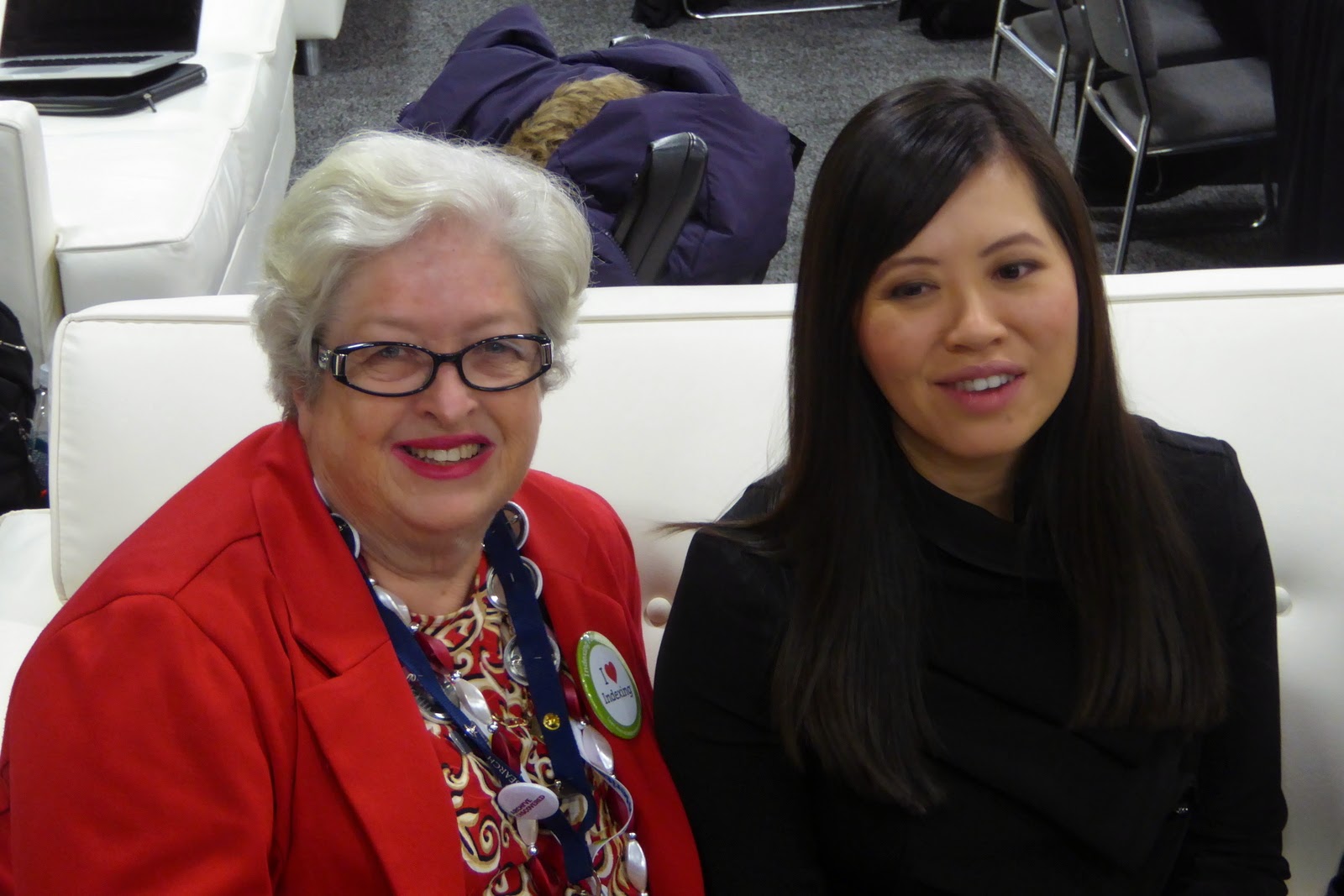