... I received this email this evening. 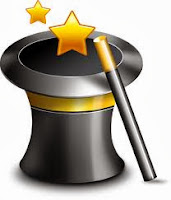 "You are an absolute magician.  This is my grandfather's death certificate and mentions the names of my mother and aunts and uncles. I never knew he was divorced and I have to assume it was from my maternal grandmother which may be a reason his personal history is a bit obscure. Thanks so much."

The story behind this email is that we had lunch in Canberra with a dear friend last week. He had mentioned to one of his neighbour's that I "do genealogy" and invited the neighbour to come over to meet me and get a few pointers. I don't do research for other people because I just don't have time or the knowledge to do a good job but said that I'd love to talk to the neighbour.

When the neighbour appeared and said he was trying to trace the death of his grandfather in Rhodesia I groaned.  I said that I couldn't offer much help but proceeded to give him a few URLs to track down the family in England prior to their move to Rhodesia and promised that I'd see if I could find anything.

When I got home I had a look at The FamilySearch Wiki under Zimbabwe and discovered that the Death Registers for Zimbabwe (formerly Rhodesia) had been digitised and that there was an index. In less than 10 minutes I had found what I thought was Percy's death but couldn't be sure. I emailed the gentleman in Canberra with some images and the email above is his response.

Thank you FamilySearch for making me look clever and thank you to that kind soul who wrote the Wiki article on Zimbabwe.

If you have some knowledge about a locality please consider adding it to the Wiki so that other people like me experience the thrill of being a magician.
Posted by GeniAus at 10:15 PM

You are indeed a magician.
Most people don't even know where to start - but you do.

Most people in ten minutes can barely start their web browser. But with your wizardry you can start it, Google it - find it as a record pull up some background info on the location and then email all back to the person - all in just a short time.

You are a genealogical magician of the best sort.