A Reference from Macarthur

Read to the end of this article and you will know why I felt like dancing. 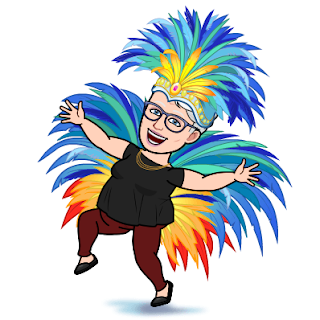 My ancestor Patrick "Paddy" Curry has been the subject of a number of my blog posts. The last time I told Paddy's story was here in 2016.

In a recent weekly members' Hang Out with SAG  on Zoom the theme was emigration so I decided to share Paddy's interview on "The Advantages of Emigration" with Caroline Chisholm. Prior to the Hangout I set up my browser with several websites so that I could share my screen and show the interview during the hangout.

After I reread the interview in the Sydney Morning Herald I gave some thought to the original source of the article "Douglas Jerrold's Paper" and realised that I had never followed that up.

After a little bit of googling I discovered an article about Jerrold on the Victorian Web. He was "a boy with minimal schooling from a lower middle-class family raised in a dockyard town in Kent goes up to London, where, after an apprenticeship as a journalist, he emerges in the 1830s as one of the country's most popular writers."

Listed on the page of Jerrold's works on the site I found that Jerrold edited "Douglas Jerrold's Weekly Newspaper, 1846-1848" and that fitted the timeframe for the original article. I popped that title into Google and, hey presto, found a link to a record in the catalogue of the National Library of Australia.

I was on a roll. I found my NLA Library Card and logged into their site from the link on the catalogue record which took me straight to the digitised paper in the Gale collection. I did a search for Caroline Chisholm and found three articles. One of these was the one I was seeking. In addition to the article that was published in the Sydney Morning Herald the original contained the following introduction written by Caroline Chisholm.

"I have a great respect for him, have always found him most trustworthy, honest and punctual."

Any tenant would love to hear a reference like that from his landlord!

On reading that sentence from one of the McArthurs I was elated. This was my best geneafind of the year. Being able to share it with my genimates from SAG on the day I found it was a bonus.

Paddy was a convict but like so many fellow convicts he was a victim of his times. My great (x3) grandfather, Paddy,  was a good man

How wonderful to find this! I can imagine how you felt. What a good man he was.

What a great insight into your ancestor, no wonder you were doing your geneadancing.