Give Their Face A Place - Ethel at Elsinore 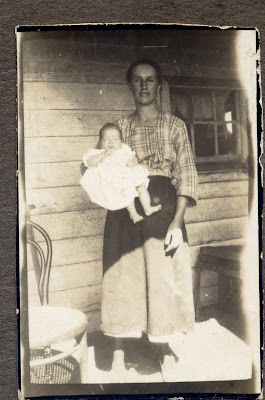 My grandmother Ethel Jane Pusell had a new house in which to raise her family. When my grandfather, Frank Duncan, returned from the WWI he was able, through the Soldiers Settlement Scheme, to gain a grant of Crown land on which he built a house for his bride, Ethel.

In this first photo from the 1920s Ethel is pictured with one of the five daughters she had with Frank. I think it may be my mother.

The 32,000 acres of land on which the simple timber house was built on the property "Elsinore" was 40 miles west of Cobar NSW. In 2010 this is a remote area, nearly 90 years ago it was extremely remote. Cobar, the nearest town, was a long carriage ride over rutted, red, dusty roads. Sydney and the coast was 700 km away. Life was tough, there were droughts, bushfires and loneliness. 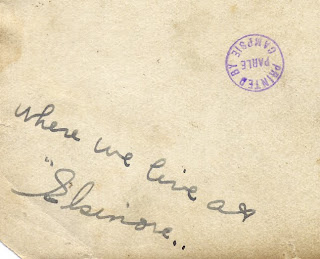 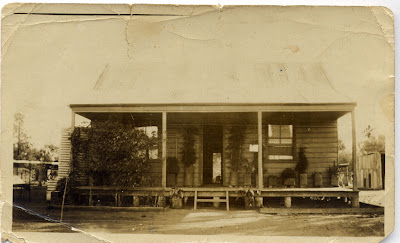 This post was prepared for:Smile for the Camera, 21st Edition -Give Their Face A Place - Women's History Month

Such a lovely pic of Ethel & her baby.

Wow! Your grandmother must have been a special lady to live in that remote location.

Those are great pictures of her and the house too.

what a brave and pretty lady.

Life was tough enough back then. It is hard to imagine what life must have been like for them living so remotely.
Great photos.

She's a lovely lady. I can't imagine living in such isolation. The fact that she did is a testament to her strength. Thanks for sharing, Jill.

hey there and thank you for your info – I have certainly picked up
anything new from right here. I did however expertise a few technical points using this site, since I experienced to reload the
website many times previous to I could get it to
load correctly. I had been wondering if your web host is OK?
Not that I'm complaining, but slow loading instances times will sometimes affect your placement in google and could damage your high-quality score if advertising and marketing with Adwords. Well I am adding this RSS to my email and can look out for much more of your respective fascinating content. Ensure that you update this again very soon.
My site: haudeare72.edublogs.org

HOW I GOT MY LOAN FROM DR PURVA PIUS LOAN FINANCE (urgentloan22@gmail.com)

Hello Everybody,
My name is Mrs Sharon Sim. I live in Singapore and i am a happy woman today? and i told my self that any lender that rescue my family from our poor situation, i will refer any person that is looking for loan to him, he gave me happiness to me and my family, i was in need of a loan of S$250,000.00 to start my life all over as i am a single mother with 3 kids I met this honest and GOD fearing man loan lender that help me with a loan of S$250,000.00 SG. Dollar, he is a GOD fearing man, if you are in need of loan and you will pay back the loan please contact him tell him that is Mrs Sharon, that refer you to him. contact Dr Purva Pius,via email:(urgentloan22@gmail.com) Thank you.