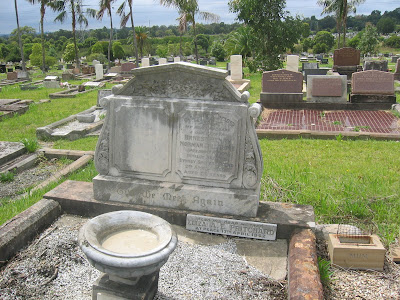 In response to Weekly Genealogy Blogging Prompt #3 I am posting a photo of a family grave in Rookwood Cemetery in Sydney, NSW. One of Sydney's oldest cemeteries Rookwood has been operating since 1867, and is one of the largest cemeteries in Australia. It is managed by five separate demoninational Trusts and an independent Crematorium.

Interred in the grave are two family members

There is a picture of a motorcycle etched on a small marble tablet at the base of an urn that is situated in the middle of this double grave. 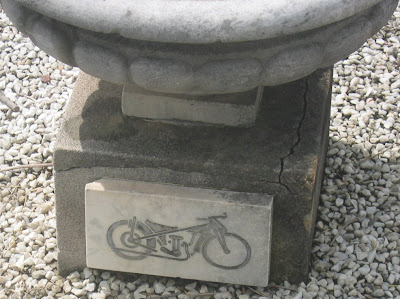