Hang In There to Hang Out

I was on a high last night after having an enjoyable and educative experience in my second Hangout on Air and so had a bit of trouble entering the Land of Nod.

I was of course disappointed that more genealogists were unable to join in and share their books. Unfortunately once I am on air it is difficult to give assistance/instructions to those who wish to join. As I learn more about this tool I will develop a cheatsheet with some clearer instructions.

We started last night with five panellists and quickly reached a full complement of ten. By the end of the session there were several vacancies on the panel which I announced. The idea being that one tunes in and watches the Hangout and when I (or my helper) announces that there is a vacant spot on the panel one clicks on the arrow on the left hand side of the GeniAUS Google+ Community page to take the vacated spot. One needs to "Hang In to Hang Out".

Thanks to those who joined the panel from England, The Northern Territory, New South Wales, Queensland, South Australia and Victoria; my mate Russ Worthington from the US viewed and posted comments at some obscene hour; we had representatives from three continents. You can view the video to see who was on line. But where were the Tasmanians and Western Australians?

I am going to use the PMI evaluation strategy to make a few comments. I welcome further suggestions on the GeniAUS Community on Google+

Plus +
We did again it, Hooray!
Sharon's first book was a perfect intro and it wasn't even staged.There were more prospective panelists than places on the panelThere was interest in this event not only from Australia but from overseasPanelists used the GeniAUS Community page to add details of books
We got to see and hear people we hadn't met in person
Pauleen assisted with the monitoring of the conversation on the Community pageThere were participants who were first timers
There were participants from outside my blogging circle
Panelists were respectful of others
Several panelists managed to share screenshotsWe all learnt about some new resourcesThe conversation remained on task
We managed to cover a lot of ground
I was able to easily add tags and further information about the video at YouTube DearMyrtle's suggestion to create a Google+ Community overcame difficulties with issuing invitations to join the Hangout - Thanks Myrt
I am becoming more familiar with the Hangout interface
There is enthusiasm for more hangouts

Minus -I still said Um far too many timesMy head still bobbed around - I must try to be stillSome people had trouble joining the panel
We could not help late arrivals with setting up their lower thirds
Some peoples' sound and video was crook at times
At times we lost video and audio was patchy (problems with storms?)
Interesting ?Only one male joined the panel.The age range of panelists was huge - spanning several generations
Books ranged from weighty scholarly tomes to children's stories and humour
The crispest picture was from Maggie all the way from EnglandPanelists suggested a weekend hangout. - will try to schedule that.
Panelists suggested MetaHangouts (Hangouts about Hangouts)
I think I'll repeat this topic in six months or so - we're on a winner with this one and it's not too onerous on the host.

Our next Hangout on Air - Online Resources for Australian Research is scheduled for 28 or 27 November (date dependent on your location). 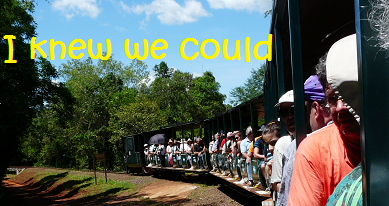 If you want more people to join in, try doing the hangout sometime other than during the day. If I have it correct the next is Thu Nov 28 at 1100.

Many who may be interested may actually still work!

Thanks for the comment Larry. That is precisely why the last two Hangouts have been in the evening.

Would have loved to join you but had technical issues (ie me!. Maybe next time as I love book. I will also try the next Hang Out. Great news about
Rootstech and the cruise.
Marg in Bris

Marg, I'll work on clearer instructions but am flying by seat of my pants. I am going to have a Society spotlight HOA where I'll ask panelists to talk about their groups - hope you can join that one.