Flowers and Sunshine Cheer our Pathway.....

.......was the first line of our school song at St. Vincent's College, Potts Point in inner city Sydney NSW.

Although there were few flowers bordering the pathways at Vinnies those of us who were students in the fifties and sixties had a very happy time in the oldest Catholic girls school in Australia. It was established by the Irish Sisters of Charity in 1858. 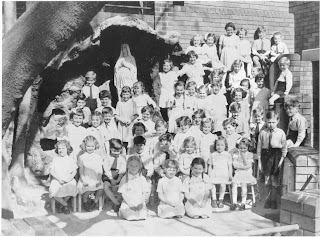 I was one of the littlies in this photo of the infants students taken in 1956.In the fifties the School had a small infants and primary department; these have now been closed and the School is a day and boarding school for girls in Years 7-12. There were 55 girls in our Class of '65. 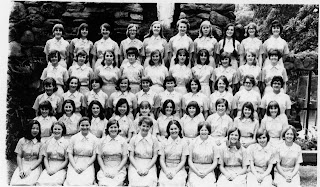 In 2008 the school celebrated its 150th anniversary with the St. Vincent's Sesquicentenary Alumni Dinner at The Sydney Hilton Hotel. I enjoyed the festivities with 18 of my former classmates including some who were with me in the 1956 photo and a number from the Class of '65 photo. 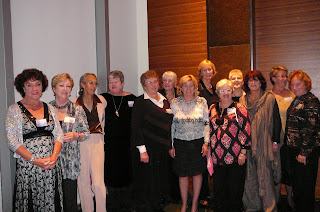 This post has been prepared for the 17th Edition of Smile For The Camera "School Days."
Posted by GeniAus at 11:18 AM